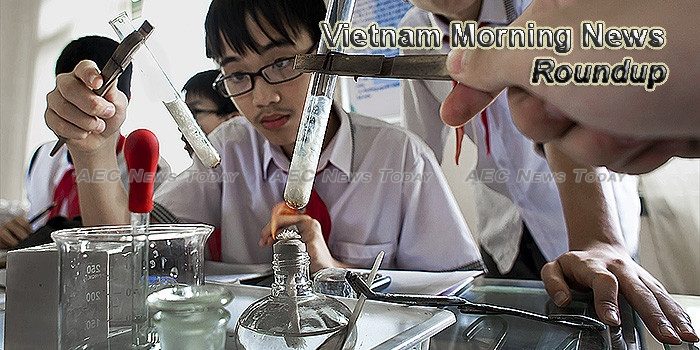 In Vietnam, corruption can mean death. But so what?
Unless the day-to-day corruption that affects the masses is rooted out, any anti-graft drive would be just cosmetic, analysts say.
— VnExpress

Ministry’s historic move eliminates hundreds of business prerequisites
MOIT eliminated 675 business and investment requirements, or 55.5 percent of the total preconditions for 27 business areas. With the move, the number of remaining conditions is 541 instead of the expected 752.
— VietnamNet Bridge

VN to reach $70b trade with S Korea
Viet Nam is likely to reach US$70 billion of bilateral trade with South Korea by 2020, an official said at a seminar on export promotion to South Korea held on Friday in HCM City.
— Bizhub

VN, Thai firms promote trade
Vietnamese and Thai businesses have enhanced trade promotion activities in the other country to achieve bilateral trade of US$20 billion by 2020 as targeted by the two governments, a Việt Nam-Thailand Business Matching event heard in HCM City on Friday.
— Viet Nam News

High growth expected for VN’s land lot segment
Many experts believe that the land lot segment has received significant attention from investors as evident from the increasing selling price and transaction numbers.
— Bizhub

Banks face charter capital difficulties
State-owned banks are finding it more difficult to increase charter capital, especially when they still have to pay dividends instead of keeping the money for this purpose.
— Bizhub

​Expats earn more, save bigger in Vietnam: HSBC
Vietnam may not be the most ideal expat destination, but those who have chosen to move to the Southeast Asian country enjoy healthy incomes that top what they would be making at home, at least according to one HSBC survey.
— Tuoi Tre

Promoting tourism – Lever to develop Vietnam tourism industry
According to experts at the second Vietnam Private Sector Forum (VPSF), promoting tourism is one of the three “bottlenecks” of Vietnam’s tourism sector.
— Vietnam Times

EU, promising market of Vietnamese processed chicken meat
Deputy Minister of Agriculture and Rural Development Vu Van Tam had a working session in Hanoi on September 28 with the Dutch company Jan Zandbergen, and some partners exporting livestock products to the EU.
— Vietnam Times

Vietnam’s manufacturing PMI rises to 53.3 in September
The Nikkei Vietnam Manufacturing Purchasing Managers’ Index, or PMI, rose in September, with faster rises in output, new orders and employment on the back of stronger customer demand.
— Nikkei Asian Review

Workshop in France spotlights Vietnam’s economy
A workshop on Vietnam’s economy after 30 years of reform was held in France’s central city of Saint-Cyr-sur-Loire September 29 by the friendship association Touraine-Vietnam.
— Nhan Dan Online