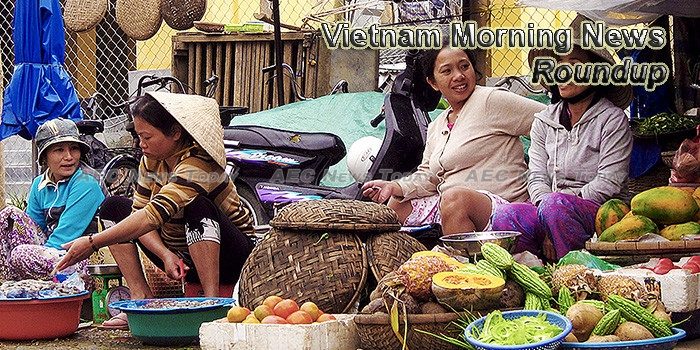 Vietnam remains destination for investors
Up to 78 percent of businesses have been positive about Vietnam’s economy, according to a survey on the private equity (PE) sector conducted by Grant Thornton Vietnam, which provides assurance, tax and advisory services.
— VIETNAMNET Bridge

VIETNAM – DEMAND FOR MID-LEVEL AND SENIOR-LEVEL WORKERS UP IN Q1
Recruitment demand for mid-level and senior-level staff in Vietnam increased by 73% during the first quarter compared to the same period last year, according to data from executive search service Navigos Search.
— Staffing Industry Analysts

Vietnam’s top leader dispatches anti-corruption task forces ahead of key gathering
Vietnam’s Communist Party chief Nguyen Phu Trong has set up eight special task forces to oversee the handling, investigation and trial of major corruption cases across the country on the eve of a major meeting of senior Party members this week in Hanoi.
— VnExpress.net

PM Nguyen Xuan Phuc asks for detailed plans to achieve set targets
The PM made the request during the monthly government meeting in Hanoi on May 4 which discussed the socio-economic performance in April and the first four months of this year as well as specific measures to ensure that economic growth targets for the remaining quarters and the whole year are met.
— VIETNAMNET Bridge

Vietnam gears up for 11th Eco-products International Fair
EPIF 2017 to focus on future-proofing productivity and sustainable industrial development initiatives in member countries. Includes a three-day parallel conference on Action for the Future and Moving toward a Virtuous Circle for Sustainable Development. Scientific Workshop on Applications of Environmentally Friendly Technologies in Waste Treatment to be held 12 May 2017.
— Asia One

Vietnam to work with TPP members on future orientations: Foreign Ministry’s spokesperson
“Vietnam considers its entry to Trans-Pacific Partnership (TPP) and free trade agreements as one of the steps to execute the policy of active and proactive integration into the extensive world economy,” she said.
— VIETNAMNET Bridge

Vietnamese scientists reluctant to register inventions
Phung Minh Hai from Niptex (National Institute of Patent and Technology Exploitation), said that Vietnam only had 661 patents in the last 33 years, from 1982 to 2015.
— VIETNAMNET Bridge

Sands of time: VN faces severe shortage
Poor planning and management of sand mining has led to a stunning but unsurprising warning: Việt Nam is very likely to run out of sand in less than 15 years.
— Viet Nam News

Dong Nai earns $5.2b from exports till April
The southern province of Dong Nai shipped goods worth US$5.2 billion abroad from January to April, up 12.8 per cent from the same period last year.
— Viet Nam News biz hub