Vietnam Morning News For May 29 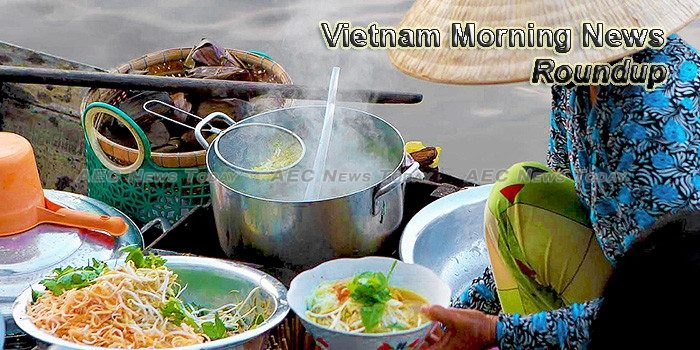 Government fails in downsizing efforts
The Vietnamese Government has failed to downsize its large staff, with the number of officials continuing to increase.
– Viet Nam News

VN e-commerce developing quickly
E-commerce in Viet Nam is more developed than some Southeast Asian countries and is poised to expand in coming years, according to a market research company.
– Viet Nam News bizhub

2017 shrimp exports to Japan likely to reach $3.4b
Viet Nam is expected to export shrimps worth some US$3.4 billion to Japan this year, up 9 per cent year-on-year, the Viet Nam Association of Seafood Exporters and Producers (VASEP) said.
– Viet Nam News bizhub

Binh Duong: FDI in five months exceeds yearly target
Southern Binh Duong province has lured nearly 1.5 billion USD in FDI in the first five months of 2017, 6.5 percent higher than the province’s target of 1.4 billion USD for the entire year, according to the provincial People’s Committee.
– VietnamPlus

Central bank maintains flexible forex regime
In the first four months of the year, the trade deficit was at quite high at around US$2.8 billion.
– Viet Nam News

Major cities building more cheap apartments
Viet Nam’s major cities are gearing up to develop homes for workers, planning to construct small studios of some 25-50sq.m. at the price of 150 million (US$6,500) per unit.
– Viet Nam News bizhub

Property sector to see many mergers, acquisitions
The real estate market is busy with mergers and acquisitions (M&A), which are forecast to touch a record high this year, driven by the sector’s steady recovery.
– VietNamNet Bridge

Ministry admits to poor quality control over Chinese contractors
The Ministry of Planning and Investment has had to explain why Chinese firms continue to win tenders for major projects in Vietnam despite being tardy, unsafe, and of poor-quality.
– VietNamNet Bridge

Incurring big losses, fast food giants open fewer shops
The heyday of fast food chains seems to be over in Vietnam. The number of fast food shops has been decreasing in an era when people are trying to ‘live slowly’.
– VietNamNet Bridge