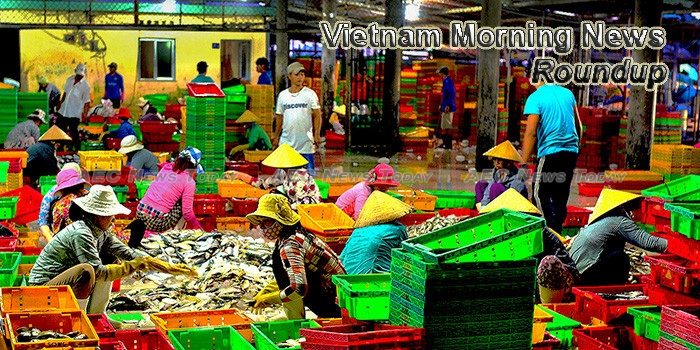 November motor car imports at $200mn
Vietnam imported around 7,000 completely-built-up (CBU) motor vehicles worth $200 million in November, according to the latest report from the General Statistics Office (GSO).
— Vietnam Economic TimesPreview (opens in a new window)

Vietnam wooden furniture products now target high-end market
According to GDC (General Department of Customs), the export turnover of wood and woodwork in the first nine months of the year reached $5.55 billion, an increase of 11.3 percent over the same period last year.
— VietnamNet Bridge

Vietnam works towards increasing fruit and veg quality & security with foreign investment
Vietnam has been working to increase food security across the country and their efforts are starting to show results, Vietnam+ reports.
— Fresh Plaza

Vietnam’s ministry details Grab app’s losses ahead of tax inspection
Despite Grab Vietnam’s registered capital of US$881,057, the company has accumulated losses of $41.32 million over the past three years
— Tuoi Tre

EU-Vietnam trade deal to remove tariffs on fruits and vegetables
If all goes according to plan the EU-Vietnam Free Trade Agreement (EVFTA) will be signed next year, says Vietnam Net.
— Fresh Plaza

Vietnam’s company to plant 500 ha of rubber in Laos
Quang Tri Rubber Co. Ldt., a subsidy of the under the Vietnam Rubber Group (VRG), will plant 500 hectares of rubber and build a rubber processing factory in Saravane province, Laos under a land leasing contract signed on November 29 in Vientiane.
— Nhan Dan Online

South Korea’s Hyosung eyes Japan market by way of Vietnam
South Korean chemical maker Hyosung is looking to finally establish a name for itself in Japan — and eventually the rest of the world — by using Vietnam as a back door.
— Nikkei Asian Review

Argentina aims to up exports to Vietnam
Argentina wants to boost exports of agricultural products to Vietnam and at the same time buy more Vietnamese products, an agriculture official from the South American country has said.
— VietnamPlus

Internet of Things to drive VN’s digital future
The massive potential of Internet of Things (IoT) is set to help Viet Nam pursue its goal of a smart city and becoming an industrial country by 2020, experts said at an international conference held on Thursday in HCM City.
— Bizhub

Farmers struggle to approach retailers
Start-ups come to such conferences for retailers to approach distributors as if they want their products on shelves, they need to reach big retailers. Yet, it’s not easy for them.
— VietnamNet Bridge

​Eyebrows raised over Vietnam’s flight subsidy policy
Industry insiders have warned that using state money to provide subsidies for empty seats on flights to and from unpopular airports, a scheme widely adapted in provinces across Vietnam, is not a viable policy.
— Tuoi Tre

Grasping transpacific opportunities
The two words ‘comprehensive’ and ‘progressive’ which have been supplemented to the CPTPP, the new version of the TPP, express the determination to revive the TPP and the negotiation efforts of the 11 CPTPP member countries.
— VietnamNet Bridge

Mobile payments boom, but not in Vietnam
Can Van Luc, a banking expert from BIDV, said current conditions are all favorable for mobile payments to develop: the retail market and e-commerce are thriving, while bank cards and smartphones are more popular.
— VietnamNet Bridge

Philippines morning news for May 23