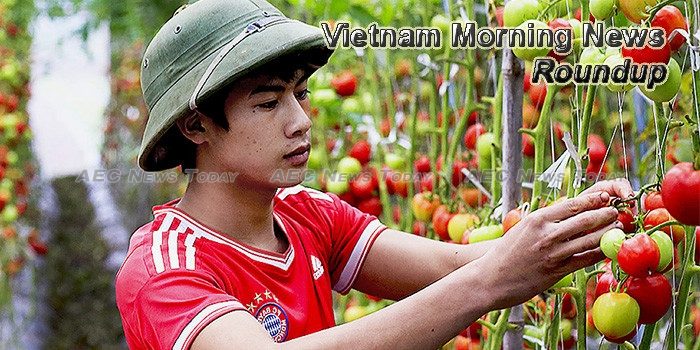 Japan gives exposure to foreign students and artists
Kazuo Inamori, founder of Japan’s global business Kyocera believes that exposure to different cultures is important to the growth of a child from his own personal experience overseas when he was younger.
— ABP Live

VN shares tumble on global tension
Vietnamese shares tumbled on Wednesday on both local markets as investors triggered large-scale sell-offs following rising tension between the US and North Korea and false news about the arrest of a former banker.
— Viet Nam News

Is the trade deficit with South Korea a concern for Vietnam?
China remains Vietnam’s biggest supplier of goods, but South Korea has the highest growth rate of exports to Vietnam. In the first six months of the year, Vietnam imported $22.5 billion worth of products from South Korea, an increase of 51.2 percent over the same period last year.
— VietnamNet Bridge

Starbucks to re-sell Da Lat reserve coffee
Due to its limited quantity, Da Lat coffee could be supplied only for a short time. It stopped selling early last year when the 2016 coffee crop did not meet the Starbucks’ quality standards.
— VietnamNet Bridge

Ministry prepares plan for restructuring service sector
According to the ministry, the service industry posted relatively higher growths than other sectors between 2011 and 2016 and continued to be the economy’s driving force.
— VietnamNet Bridge

KIDO to sell 14.8% of frozen food subsidiary.
The KIDO Group Corporation (KDC) has announced that it will sell 14.8 per cent of its subsidiary KIDO Frozen Food (KDF), or 8.288 million shares, to strategic partners and employees.
— Vietnam Economic Times

Fibre, yarn exports surge over last 7 months
The nation’s fibre and yarn exports reached 750,000 tonnes, worth more than US$1.85 billion over the past seven months, surging 17 per cent in volume and 26.5 per cent in value against the same period last year.
— Bizhub

Historic church in Vietnam destroyed by fire
Catholics in a northern diocese of Vietnam were shocked to see a fire destroying one of the oldest churches in the country.
— UCA news