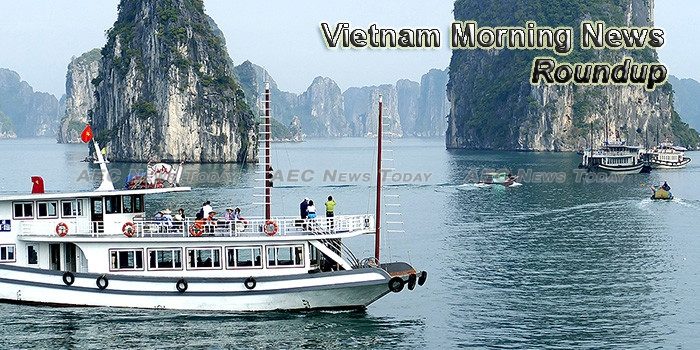 PV Gas and foreign partners to build $1.27bn gas pipeline
A subsidiary of the State-owned oil and gas group PetroVietnam and its foreign partners have secured a license to invest in a natural gas pipeline in the south of Vietnam, making it the largest foreign investment project approved this year.
— VIETNAMNET Bridge

Fish exporters aim to crack Europe
The Vietnam Association of Seafood Exporters and Producers (VASEP) is showcasing Vietnamese seafood products at the Seafood Expo Global, which is being held in Brussels, Belgium, from Tuesday to Thursday.
— Viet Nam News

Vietnam Will Lose The Most From A Code Of Conduct In The South China Sea
Leaders from 10 Southeast Asian countries are talking this week, possibly about peaceful use of the heavily disputed South China Sea.
— Forbes

Fallen Vietnam Heroes memorial opens on Friday in Santa Fe
Family members of those killed in action in the Vietnam War and all veterans are invited to attend the unveiling of a “Tribute to New Mexico’s Fallen Vietnam Heroes” display at 10 a.m. Friday (April 28) inside the Bataan Memorial Building in the main floor hallway in front of the New Mexico Department of Veterans Services, 407 Galisteo St. in Santa Fe.
— taosnews

Vietnam exhibit coming to Collin County in May
The half-size replica of the Washington, DC Vietnam Veterans Memorial known as the Moving Wall will arrive in Sachse next month.
— Princeton Herald

Essential Vietnam: Food and Sightseeing Guide to Saigon and Hanoi
Compelling and astonishingly beautiful, few places in the world offer the spectacular (and often overwhelming) splendor that Vietnam does, and this magic is especially apparent in its largest cities.
— Vogue.com

Single women enjoying independent lives on the rise in Vietnam’s cities
Vietnam has seen a rising number of women who delay or even reject completely the idea of marriage regardless of social or biological factors, especially in major cities.
— Xinhua