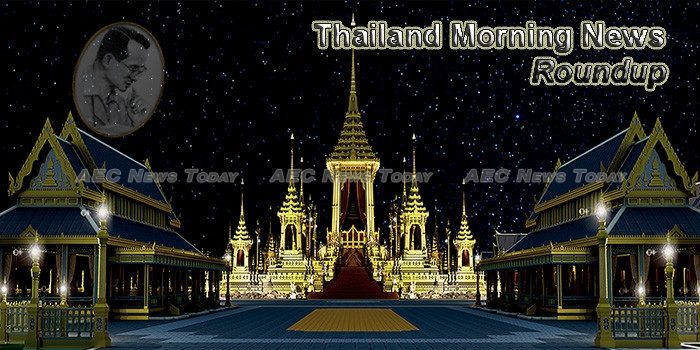 Central Plains brace for severe floods
Communities living along the Chao Phraya River in Central Plains areas are suffering as run-off from the river continues to rise.
— Bangkok Post

Rethink Needed: Thailand’s Migrant Worker Policy Debacle
Since 2014 Thailand’s coup-led government has prioritised eliminating human trafficking, especially among migrant workers. This renewed attention has been in direct response to a storm of international criticism aimed at the poor working conditions suffered by migrant workers. So far, the government has responded with hasty action and a number of legislative changes.
— AEC News Today

Flood continues in upper Thailand
Some provinces in the upper part of Thailand continue to be hit by ongoing floods.
— NNT

Krabi residents vow to fight on against junta’s power plant plan
The authorities are still pushing an energy policy that ignores local interests and the environment, even after February protests temporarily halted a coal-fired power station in Krabi.
— Prachatai English

Thailand rehearses lavish $90 million funeral for late king
Drums and a band played as officials in black tops and ancient costumes rehearsed on Saturday for the funeral procession of Thailand’s late King Bhumibol Adulyadej, whose cremation next week is expected to be attended by a quarter of a million mourners.
— Reuters

Air force repeats drone warning
The Royal Thai Air Force (RTAF) has urged the public to inform the air force if they find anyone operating drones during the royal cremation ceremonies this week.
— Bangkok Post