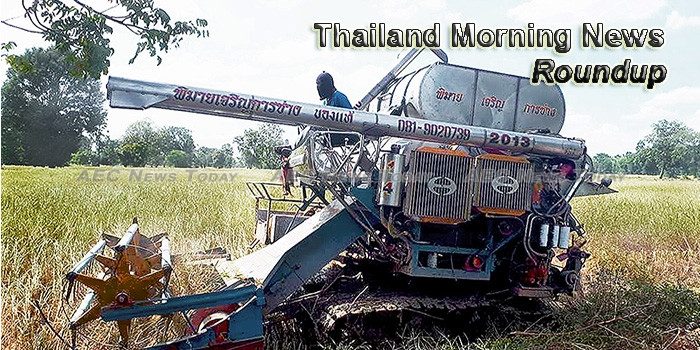 Singapore to tie up with Thailand and India for e-payments
Singapore’s move to expand its cross-border financial services could see cheaper and more convenient financial transactions with the two digitally-savvy countries, say analysts.
— Channel NewsAsia

This year records highest number of new condo projects in two decades
More than 268 condominium projects were launched, built or completed this year – the highest number within a year for the past 23 years, according to a survey of condominium market by the Agency for Real Estate Affairs.
— Thai PBS

Politicians slam NCPO plan to bar criticism
DEFIANT politicians from major political parties have opposed a junta proposal to bar any criticism of the regime during the campaign for the next election, saying criticism was a form of freedom of expression protected by the Constitution.
— The Nation

Retail gougers warned
The government has threatened to take legal action against retail shops and department stores who raised their products’ price ahead of the shopping tax break period.
— Bangkok Post

Land windfall tax gets review after hearings
The Fiscal Policy Office (FPO) will consider whether non-performing assets (NPAs) sold by financial institutions at a loss should be subject to a planned land windfall tax in cases where asset prices are inflated by infrastructure development.
— Bangkok Post

Soldiers detain rubber farmers for planning rally in Bangkok
A group of southern farmer leaders has been detained in military camps after vowing to protest falling rubber prices.
— Prachatai English

Listed developers gear up for final-quarter push
LISTED PROPERTY firms are planning to launch new residential projects in the remainder of 2017 even as their financial results show mixed success for the year so far.
— The Nation

1,200 farmers may get loan shark relief
Thai authorities are mulling stringent tax measures to pressure creditors to negotiate with their debtors in over 1,200 farmland-linked debt cases in the Northeast.
— Bangkok Post