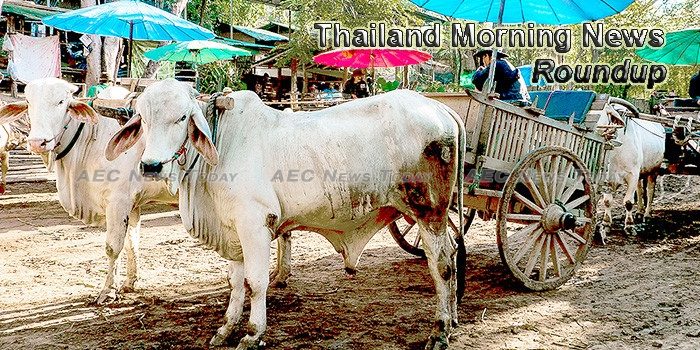 Thailand aims to become food capital: PM
The government has stressed on support for agricultural sector and urged farmers to use the Pracharat cooperation scheme to make the country a food capital in the future.
– NBT World (VDO)

Negative income tax under study
A NEGATIVE-income-tax scheme is being studied by the government as a means of helping people who earn less than Bt30,000 a year.
– The Nation

Certain Thai exports likely to be impacted by Qatar isolation
The Ministry of Commerce has indicated that the isolation of Qatar by its neighboring countries could affect exports of some Thai products.
– NBT World (VDO)

FUTURE OF ELECTION COMMISSION HINGES ON FRIDAY VOTE
The interim national assembly on Friday will vote on whether to disband the Election Commission and replace it with an expanded number of commissioners.
– Khaosod English

Finance Ministry to approve first set of low income welfare
The Ministry of Finance will review the first round of welfare benefits for low-income earners, which have been approved by the Fiscal Policy Office and the Comptroller’s
– NBT World (VDO)

Dusit bent on branching out
From a new hotel brand for the young at heart to fresh restaurant offerings, the head of Dusit International says the sky’s the limit.
– Bangkok Post

Thailand durian & rambutan exports reach $881m
The demand for Thailand’s durian and rambutan outside the country is growing exponentially according to the Office of Agricultural Economics (OAE) with the income from exporting the two fruits should pull in THB30 billion this year.
– Fresh Plaza

Spree of electric wire thefts in Phuket casues Bt2mn in damages
PHUKET: Police are hunting for a thief or thieves who have been stealing wires and equipment from electric poles in many areas of Phuket, causing more than Bt2 million worth of estimated loss.
– The Nation