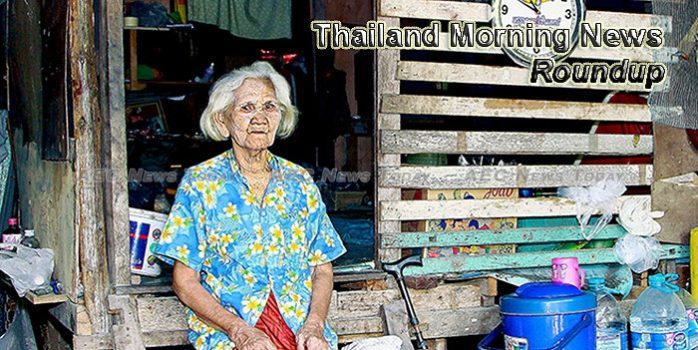 Cut red tape to spur digital economy: BOT chief
CENTRAL bank chief Veerathai Santiprabhob has urged the government to speed up an overhaul of regulations required for the digital economy.
– The Nation

China rail expert plan under fire
The government’s plan to use Section 44 to allow Chinese engineers to speed up the construction of the Thai-Sino railway project has drawn a mixed response, with some critics claiming the move discriminates against Thai workers.
– Bangkok Post

PM : Government places priority on terrorism issue
The Prime Minister has affirmed that the government attaches significance to the problem of terrorism and has been cooperating with other countries to prevent it.
– NBT World (video)

JUNTA TO SIDESTEP 5 LAWS TO MOVE STALLED RAILWAY PROJECT
When the junta leader uses his absolute power next week to overcome legal obstacles to a high-speed rail line, it will skirt five laws on the books, including two it put in place since coming to power.
– Khaosod English

PPP motorway bids worth B140bn tipped
Bids for public-private partnerships (PPP) to operate and maintain two motorways worth 140 billion baht are expected to be completed this year.
– Bangkok Post

Junta approves 2.3 billion baht budget for Chinese tanks
The junta’s cabinet has given the greenlight to the Ministry of Defence to spend 2.3 billion baht for buying tanks from China.
– Prachatai English

Bangkok Glass unit building Bt2 bn plant in Ratchaburi as demand rises
BG CONTAINER GLASS (BGC), a subsidiary of Bangkok Glass, yesterday announced it was building its latest glass-container factory in Ratchaburi at a cost of Bt2 billion.
– The Nation

Commerce, Interior Ministries share database to improve public service
In enacting the government’s 20 year national development strategy, the Ministry of Commerce has joined with the Ministry of Interior to allow people contacting it to only need their identification cards.
– NNT

Doctors criticise healthcare reforms for lacking public participation
The Rural Doctors’ Association (RDA) has criticised the junta’s plans to amend the National Health Security Act, arguing it has overlooked the interests of the people.
– Prachatai English

Cabinet passes 4 assistance measures for rubber growers
The Cabinet has given approval to four measures aimed to provide support for rubber farmers after they were affected by the rubber price drop.
– NBT World (video)

SET suggests saving rates for retirees
The Stock Exchange of Thailand (SET) has collaborated with an academic institution to analyze saving rates in order to help people have sufficient money for their retirement.
– NNT