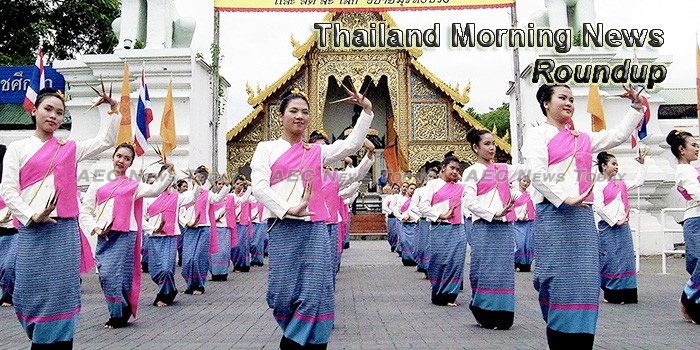 Warning on illegal brokers
COMPANIES that use illegal brokers to bring migrants to work in Thailand face the risk of being accused of human trafficking, the Labour Ministry warned yesterday, as thousands of migrants continued to flee home amid to widespread fear about the tough new labour law.
— The Nation

13 firms bid for dual-track train project
Thirteen private companies have submitted their technical and pre-qualification bids for the construction of the dual-track Hua Hin-Prachuab Khiri Khan railway project worth about 7.3 billion baht on Friday.
— Thai PBS

Foreign tour guides under fire
Associations of local tour guide operators nationwide have gathered to oppose the government’s plan to allow foreign tour guides to offer services in the country, saying the policy will result in huge unemployment.
— Bangkok Post

Thailand in need of free media more than ever
Under the junta regime where free media is crucial for voicing out people’s interests, all people could hear from the so called Thailand’s public television is “the voice silence,” said academic.
— Prachatai English

Master of technology guards the gates
A look at the educational background of Immigration Bureau chief Nathathorn Prousoontorn can easily give the impression he pursued an academic career first rather than a career in the police force.
— Bangkok Post

Rubber growers to increase pressure over govt ‘inaction’ on falling prices
RUBBER GROWERS in the South have stepped up pressure on Prime Minister Prayut Chan-o-cha to issue a junta order to help shore up the sagging prices of natural rubber.
— The Nation

Muffled voices of dissent greet reform
Roping in the military and outsiders to reform the police force will pay dividends only if the changes root out basic flaws, including political interference and unfair reshuffles that have plagued the force for years, experts say.
— Bangkok Post

Five startups that help solve problems, improve life
The Nation has selected five startups that stood out among the more than 300 international and domestic companies at the “Startup Thailand 2017” event held on July 67. Ooca, Digio, QD Laser, Ricult and GetLinks (Thailand) offer solutions that can improve quality of life for users in the digital era.
— The Nation

Staring at deflation — or not
Deflation: A word that has kept popping up like a bogeyman or ghost, continually sending shivers throughout the Thai economy in recent years. Those fears have only intensified with inflation rates having reached their lowest point among Asean countries over the past three years.
— Bangkok Post

DPM Somkid hands awards to outstanding executives
The Deputy Prime Minister for economic affairs has given awards to executives of some financial institutions in recognition of their outstanding performance.
— NBT World (video)

PRAYUTH: THOSE WHO BELIEVE JUNTA WILL HOLD POWER 20 YEARS NOT THAI
The prime minister said during his weekly televised address Friday night that he didn’t consider those who believe the military junta will hold power for another 10 to 20 years to be Thai.
— Khaosod English

Govt ‘has gone too far siding with companies over ALRO land’
THE MILITARY government has gone too far with measures that benefit big corporations, experts have cautioned, as the government has used its special powers to overturn the Supreme Administrative Court’s verdict allowing non-farming economic activities on land held by the Agricultural Land Reform Office (ALRO).
— The Nation

334kg of ivory seized in first half of this year
During the first half of this year Thai authorities have seized two elephant tusks and 422 pieces of ivory, weighing 334.5 kilogrammes, in a persistent suppression of trade in ivory, deputy police chief Pol Gen Chalermkiat Srivorakhan said on Friday (July 7).
— Thai PBS