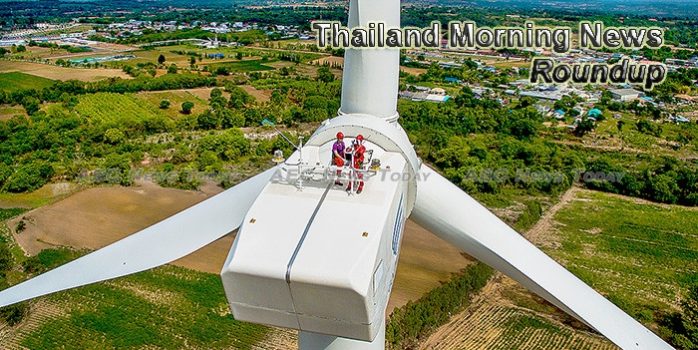 Thailand’s Ex-Leader Leaves Supporters in Limbo After Disappearing During Trial
For two years, Yingluck Shinawatra, the former prime minister of Thailand, battled criminal charges of negligence and claims that she had cost the country billions of dollars. She appeared in court regularly and assured her supporters that she would fight until the end.
— The New York Times

Regime denies Yingluck deal
The National Council for Peace and Order (NCPO) yesterday denied growing speculation it had secretly agreed to allow ex-prime minister Yingluck Shinawatra to escape from the country ahead of the rice-pledging ruling last Friday.
— Bangkok Post

SMEs urge Govt, NLA to relax new alien worker law
The National Legislative Assembly has received a petition containing a list of suggestions from SME operators who have been affected by the enforcement of the new migrant worker management law.
— NNT

Junta was not involved in Yingluck’s escape: NCPO spokesman
The National Council for Peace and Order (NCPO) has denied a suggestion by some critics that it was complicit in letting former prime minister Yingluck Shinawatra to escape out of the country.
— Thai PBS

Six Ayutthaya districts still flooded
Six districts of Ayutthaya province are still affected by flooding as a result of a large quantity of water being discharged by the Chao Phraya Dam in Chai Nat province.
— Thai PBS

Alert issued for flood-prone areas as tropical storm is approaching
The Royal Irrigation Department (RID) yesterday issued flood alert for all its irrigation officials in flood-prone areas to prepare for possible flooding as a tropical storm is approaching Vietnam and it will have widespread impact on Thailand’s northern and northeastern regions from tomorrow.
— Thai PBS

Indonesia expects relocation of Japanese fish firms from Thailand
As a result of Indonesia’s tough measures against illegal fishing, a number of Japanese fish-processing firms have expressed their commitment to relocating their factories from Thailand to Indonesia, Maritime Affairs and Fisheries Minister Susi Pudjiastuti said on Friday
— The Jakarta Post

Bt30-bn infrastructure plan for South
AN INVESTMENT worth more than Bt30 billion from the government and private sector is intended to develop both infrastructure and industry in three southern provinces of Thailand, including Pattani, Yala, and Narathiwas.
— The Nation

Bringing about the end of cash
Imagine a society where cash is no longer the king of payment, but rather an archaic medium of exchange, and electronic transaction is the name of the game.
— Bangkok Post

Thailand Morning News For May 4