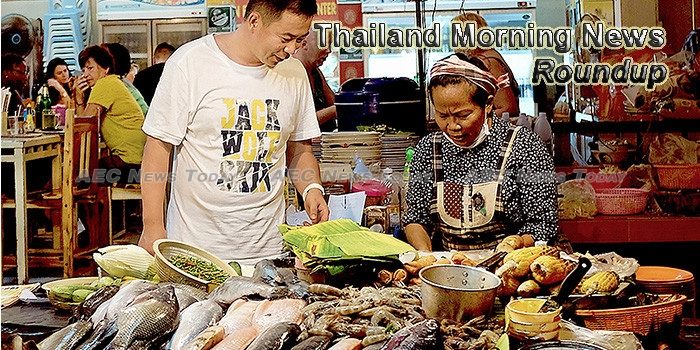 IPD vows to drive out pirated goods
Pirated goods will be wiped out from six locations in the country in the next month, Intellectual Property Department (IPD) director-general Thosapone Dansuputra has vowed.
– Bangkok Post

DEPA encouraging businesses to adopt technologies and innovations
The Digital Economy Promotion Agency (DEPA) says it has been successful in helping local businesses adapt to the digital era.
– NNT

Thai Central Bank Says Impact of Strong Baht Small, Ready to Act on Excessive Moves
Thailand’s strong baht currency , now hovering near two-year highs against the dollar, has not hit tourism and has had only limited impact on exports, a Bank of Thailand official said on Friday
– Jakarta Globe

Parsing e-commerce tax options
E-commerce, the online trading phenomenon breaching global boundaries, has enabled companies and even individual vendors to increasingly engage in transactions with customers without any of the contacts traditionally associated with sales of goods and services.
– Bangkok Post

DPM explains need for Section 44 in Thai Chinese rail project
The Deputy Prime Minister for Economic Affairs has explained that Section 44 of the Interim Constitution must be utilized to speed up the Thai-Chinese Rail Project due to its long delay.
– NBT World (video)

NBTC warned over OTT move
Thailand’s move to control foreign over-the-top content (OTT) service providers by making them set up local entities is putting the government on rocky ground as there are no legal provisions for this, legal experts said this week.
– Bangkok Post

ADB-Bank of Thailand pilot project leverages online social networks to promote financial literacy for youth on first job
Gen Y (born between 1980 and 1995) in Thailand is spending is up to 80% of their income. 50% of Gen Y do not have savings, while 48% of them are unable to pay their debt on time. For an estimated 45%, spending exceeds income. There is rise in the levels of debt delinquency.
– Open Gov

Ex-abbot reveals temple scam plot
A former abbot of a temple in Lampang that was accused of being involved in the temple finance scam has revealed details about how the fraud is carried out.
– Bangkok Post

Thailand joins hands with China to crack down on zero dollar tourist scams
The Tourism and Sports Ministry and the China National Tourism Administration (CNTA) agreed to set up a working group to exchange information in order to crack down on illegal tour companies of the two countries.
– NBT World (video)

Four reports to be tabled at reform assembly’s next meeting
The National Reform Steering Assembly (NRSA) will review four reports when it reconvenes on Monday.
– NNT