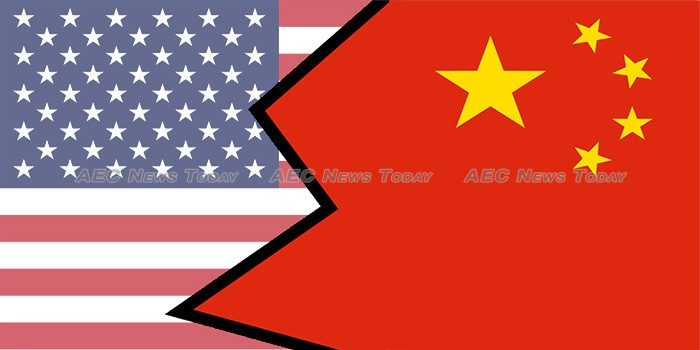 A recent survey by the Singapore-based Asean Studies Centre (ASC) at the Iseas-Yusof Ishak Institute of 318 academics, government officials, and civil society organisation across all ten Asean member countries has found the new United States administration suffering from a serious lack or credibility throughout the region.

Conducted between April 10-23, the survey found that the perception of the US having influence throughout the region has plummeted since Donald Trump took over the presidency, with China being seen to wield the most influence in the region now and for a long time into the future.

According to the results of the survey 64.3 per cent of respondents have little confidence in the US upholding free trade, human rights, and international law in the region, with 51.4 per cent believing that the US has lost strategic ground to China since Mr Trump took over the US presidency.

Established in 2008, the ASC focuses on the in-depth study of socio-political, security, and economic trends and developments in Southeast Asia to foster greater understanding of Asean for better regional cooperation and integration.

Seventy-three per cent of respondents felt China was currently the most influential force in the region, with 74.8 per cent believing that it will continue to be so ten years time, though only 23.8 per cent felt that China could be relied on to ‘do the right thing’ in maintaining global peace, security, prosperity, and governance. Not many had much confidence in the US doing any better, with just 28.52 per cent saying they expected it to ‘do the right thing’.

On the back of the US President’s ‘America first’ policy, only 2.8 per cent of respondents felt their country would be unaffected, with 55.5 per cent expecting economic loss to be the result.

Dr Tang Siew Mun, head of the Asean Studies Centre (ASC) at Iseas-Yusof Ishak Institute, said the survey showed that the US’s position as a champion for democracy, free trade, and defender of global security has been called into question.

“In all probability, South-east Asia, like the rest of the world, grapples with the question of what the US stands for under the Trump administration, other than a firm ‘America First’” policy, he said. 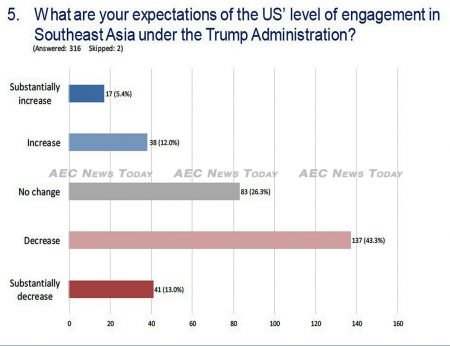 “China can repair its battered image by taking into consideration its neighbours’ interest and insecurities. Empathy is a powerful tool to win friends and engender trust,” he added.

While the authors point out that the survey does not purport to represent the views of the entire Southeast Asian region, it does highlight increasing concern and a deteriorating perception of the US in the region.

See here for the full results of: How do Southeast Asians View the Trump Administration?