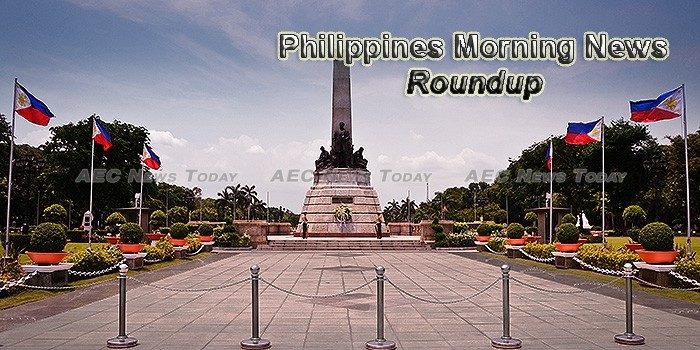 Peso falls to 10-year low at 50.23:$1
The peso declined by another 23 centavos to close at its weakest level in more than a decade yesterday, spooked by prospects of higher interest rates in the US.
— Philippine Star

14 killed as bus rams post in Tanay
A tourist bus ferrying mostly students on a camping trip on Monday lost its brakes and hurtled downhill in Tanay, Rizal province, rammed on an electric post and left 13 passengers and the driver dead, authorities said.
— Philippine Daily Inquirer

Duterte paid us to kill, says ex-cop
A retired police officer on Monday disclosed that President Duterte, when he was the mayor of Davao City, ordered and paid him and other members of a death squad to kill criminals and opponents.
— Philippine Daily Inquirer

Credit rating intact despite mining woes
THE PHILIPPINES’ credit rating is unlikely to take a beating from the government’s crackdown on miners deemed erring, according to an analyst at Moody’s Investors Service who nevertheless warned of a possible collapse in much-needed revenues and foreign investments in the already “underperforming” sector
— BusinessWorld

Price War Makes Philippine Mobile Data Among Cheapest in Asia
Potpot Pinili, a Philippine travel blogger, is paying less to access the Internet on the go — almost half as much as three years ago, thanks to a price war.
— Bloomberg

Duterte favors heavy taxes on idle lands, says Pernia
President Duterte meant it when he said earlier this month that idle lands would be taxed heavily under his term unless these are brought to productive use, said Socioeconomic Planning Secretary Ernesto Pernia.
— Philippine Star

Britain seeks to help Philippines build ‘smart cities’
The United Kingdom is willing to help the Philippines build “smart cities” as it seeks closer economic ties with one of Asia’s fastest-growing economies while preparing to leave the European Union, an envoy said Monday.
— ABS-CBN

Philippines morning news for May 12