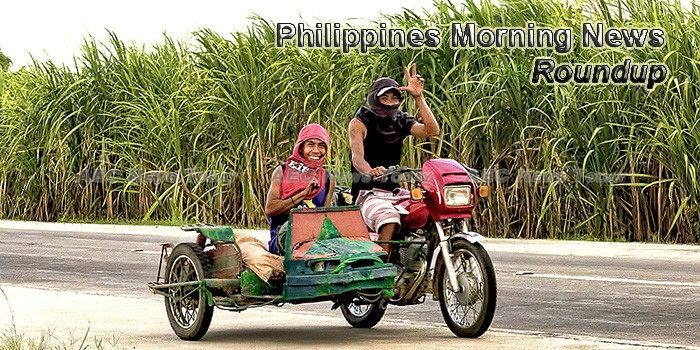 Senate OKs work-from-home bill on final reading
The Senate has approved on third and final reading a measure to allow companies to offer a telecommuting program to its employees in efforts to ease traffic congestion in Metro Manila and other urban cities.
– Interaksyon/ Philippine News Agency

Russia to buy $2.5B in fruits, fish from PH, agri chief says
Russia will buy $2.5 billion worth of fruits and fish from the Philippines over the next 12 months under an agreement that will be signed during President Rodrigo Duterte’s visit to Moscow this week, his agriculture minister said Tuesday.
– ABS-CBN

Philippines top GM grower in Southeast Asia
Philippines has been ranked as the top grower of biotech or genetically modified (GM) crops in Southeast Asia and 12th biggest producer globally last year, the International Service for the Acquisition of Agri-biotech Application (ISAAA) revealed on Friday, May 19.
– Fresh Plaza

ABCI buys out Blaze Capital to boost railway ventures
A Brown Company Inc (ABCI), a real estate firm in the Philippines, has acquired 100 per cent of Blaze Capital Limited. The stake was acquired from Penryn Limited for $1.5 million (P75 million).
– Deal Street Asia

Palace: PHL won’t give up on West Phil Sea despite war threat
Malacañang on Monday (May 22) reiterated that the country would not give up its right in a disputed part of the West Philippine Sea following Chinese President Xi Jinping’s reported war threat against the Philippines if the latter pushes the arbitration ruling and drill for oil.
– Eagle News

Luxury condos gaining ground in Cebu: Colliers
A PROPERTY and research firm has observed a higher rental take-up in luxury condominiums in Cebu fueled by multiple factors, including tourism and the burgeoning number of multinational company executives residing in metro Cebu.
– SunStar Cebu

Whitening, anti-ageing products fly off shelves
AMONG Filipinos, spending for beauty and wellness products has been continually growing, thanks to the expanding youth market who splurge so much when it comes to personal care products.
– SunStar Cebu

PPA to earmark P950M for ports
THE Philippine Ports Authority (PPA) will be spending almost a billion pesos to develop and dredge 10 ports in different areas of the country.
– SunStar Cebu

PIA ASEAN youth forum kicks off in Sarangani
Some four hundred youth from all over Sarangani will participate in the Provincial ASEAN Youth Forum on Tuesday (May 23) at Isla Jardin del Mar Gumasa, Glan, Sarangani.
– Philippine Information Agency