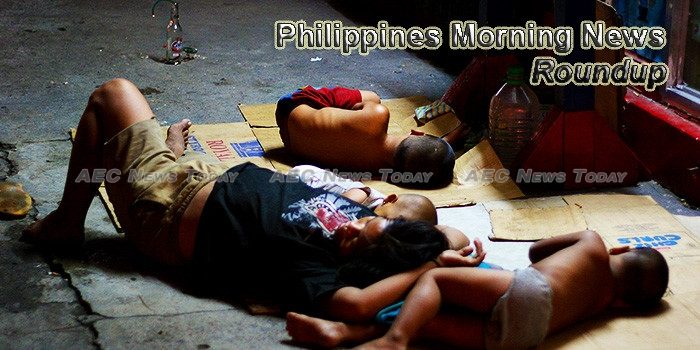 PH ranks 6th in S&T dev’t among ASEAN states
Among the 10 member-states of the Association of Southeast Asian Nations (ASEAN), the Philippines ranked number six in Science and Technology (S&T) development amid continuing government initiatives in this direction.
— Philippine Information Agency

Marawi attackers beheading hostages, says military
The military confirmed Monday that there is strong indication that Islamic State-linked militants have been beheading hostages since they laid siege to the southern city of Marawi a month ago.
— ABS-CBN

Exporters urge reforms to hit $100-B target early
Exporters are calling on both the public and private sector to implement reforms necessary to help boost exports as they set their sights on achieving an ambitious $100-billion revenue target over the medium term.
— The Philippine Star

MPIC submits proposal for P25-B CTBEX project
Metro Pacific Investments Corp. (MPIC) has submitted to the Department of Public Works and Highways (DPWH) an alignment proposal to build an expressway to connect Cavite, Tagaytay and Batangas for P25 billion.
— The Philippine Star

Dusit makes bold expansion in RP
AFTER TWO DECADES of operating a lone hotel in the Metro Manila city of Makati, Thai hospitality group Dusit International is expanding its footprint in the Philippines with a pipeline of new hotels that could quadruple its local portfolio to more than 2,000 rooms within three years.
— The Nation

Ex-La Union water exec, consultant facing 200 counts of corruption raps
State prosecutors have formally charged the former head of the Metro La Union Water District and a consultant with 200 criminal charges at the Sandiganbayan over an anomalous deals that cost the government roughly P20.8 million from 1999 to 2000.
— Philippine Daily Inquirer

Mautes offer to swap priest for parents
A leader of Islamic State (IS)-inspired terrorists holed up in Marawi City is willing to release a Catholic priest that his group is holding captive in exchange for the freedom of his parents and relatives captured by the military, an Inquirer source said on Monday.
— Inquirer.net

Marawi crisis death toll reaches 387
THE death toll in the crisis in Marawi City, Lanao del Sur has climbed to 387 as security forces continued to “press its advance” against Islamic State (IS)-linked extremists in the war-torn city.
— Sun Star

Three Cebu-bound passengers held in CdO for carrying P32 M
The Philippine Coast Guard (PCG) is holding three passengers after they were caught carrying some P32 million while about to board a Cebu-bound vessel at the Macabalan port here Sunday night.
— Manila Bulletin

Foreign Ministry Spokesperson Geng Shuang’s Regular Press Conference on June 26, 2017
At the invitation of Foreign Minister Wang Yi, Foreign Secretary Alan Peter Cayetano of the Republic of the Philippines will pay an official visit to China from June 28 to July 1.
— MFA China

PCG detains 3 for misdeclared cargo of P30-M cash
The Philippine Coast Guard (PCG) is investigating three men caught transporting an undeclared amount of around P30 million on board a ship in Cagayan de Oro port bound for Cebu last Sunday.
— The Philippine Star

Five civilian hostages released during brief ceasefire
Only five civilian hostages were released by the Maute terrorists during the 8-hour ceasefire declared on Sunday in Marawi City to allow residents to observe the end of the Ramadan and give an opportunity to religious leaders to negotiate the release of trapped hostages.
— Thai PBS

Duterte’s leadership style remains a concern for investors
A London-based consultancy said that President Rodrigo Duterte’s personal leadership “is undermining the Philippines’ prospects” although his decision to let a good economic team manage the country has so far allayed fears of a disastrous administration, according to the Philippine Enquirer Online on Monday.
— Thai PBS

BSP to penalize bank officers for late submission of reports
The Bangko Sentral ng Pilipinas is clamping down on officials of banks and financial institutions that fail to submit required reports on time.
— The Philippine Star

D.O.L.E. has until Thursday to repatriate about 1,000 Filipino workers in Saudi
The Department of Labor and Employment (DOLE) will have to race against time to meet its target of repatriating 6,000 overseas Filipino workers (OFWs) from Saudi Arabia, as Riyadh’s amnesty program for undocumented migrants comes to a close on Thursday.
— Business Mirror