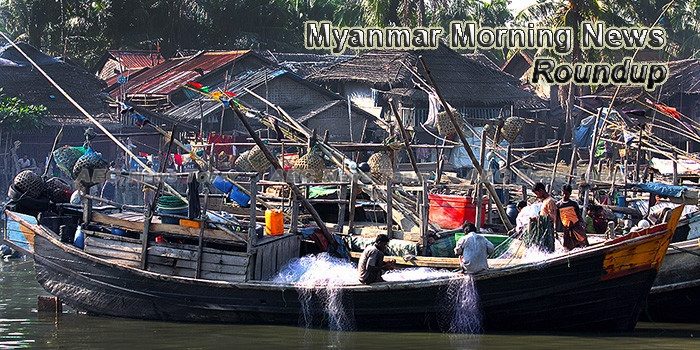 Myanmar ‘makes proposal’ to take back Rohingya refugees
Myanmar has proposed taking back the hundreds of thousands of Rohingya who have fled to Bangladesh in recent weeks, the Bangladeshi foreign minister said after talks Monday with a senior Myanmar representative.
— The Nation

‘Anti-corruption a competitive strength’
CORRUPTION in Myanmar is widely described as “endemic”, and experts trace its roots to the decades of military rule.
— Business Times

Belt and Road dispute resolution: options for Myanmar
SINGAPORE is active in Thilawa Special Economic Zone (SEZ) as the dispute resolution centre, while London is stepping up its game in legal services in Beijing’s Belt and Road Initiative (BRI). When it comes to infrastructure disputes, Myanmar has a few choices to consider.
— Myanmar Times

DaChan to enter Burmese market with joint venture
DaChan Great Wall Group (大成集團), a Taiwanese agriculture and food conglomerate, yesterday said it will tap into the Burmese market through a US$30 million joint venture in a bid to further cement its position in Southeast Asia.
— Taipei Times

TrueMoney finds a niche in Myanmar’s mobile fintech space
TrueMoney, one of the newest additions to the string of fintech firms vying for a slice of the mobile money market in Myanmar, is upping its game in the face of rising competition.
— Myanmar Times

Europe puts off investment deal with Myanmar
The inking of the investment protection agreement (IPA) between the European Union and Myanmar has been put off until an unknown date.
— The Daily Star

Top Myanmar official says ‘young democracy’ facing challenges
A top Myanmar official appealed on Monday for democracy in the country to be given “a chance to survive” amid international anger over a military campaign against Rohingya Muslims that the United Nations has described as ethnic cleansing.
— Reuters