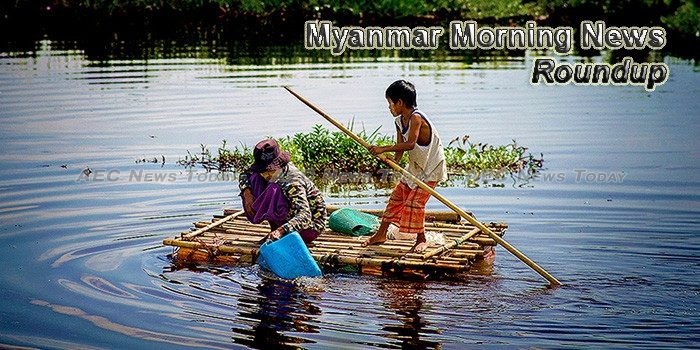 2018 will be make or break for Suu Kyi
This month marks the second anniversary of Aung San Suu Kyi’s electoral landslide at the 2015 polls. It also marks the start of her third year in power. This coming year is going to be a “make or break”year for her and her party, the National League for Democracy (NLD). The euphoria that greeted the Lady’s victory has subsided and been replaced by disappointment, disillusionment and frustration.
— Bangkok Post

Cattle farmers feel squeeze after ban lifted on exports
The government has announced plans to lift a ban on live cattle exports but industry sources say ordinary farmers are unlikely to benefit until restrictions on transporting cattle are also removed.
— Frontier Myanmar

Dirt-poor Chin State hidden gem for investors
THE regional government in Chin State, together with the Directorate of Investment and Company Administration (DICA) and a UK-funded initiative, hailed Chin as a hidden gem overlooked by domestic and international investors. Renewable energy, tourism, agribusiness, weaving and urban development are pitched as key areas for development.
— Myanmar Times

Kyaikhteeyo cable cars nearly ready for December launch: officials
Myanmar’s first-ever cable car is expected to be launched at Kyaikhteeyo Pagoda in December, according to officials from the cable car project.
— Eleven Myanmar

India-Myanmar Army To Conduct Joint Training At Umroi
The first India Myanmar Bilateral Military Exercise 2017(IMBAX – 2017) is scheduled to be conducted in India from November 20 -25.
— The Shilling Times

Myanmar vaccinates 3m children against JE
Over three million children have been vaccinated against Japanese encephalitis (JE) across the nation, The Ministry of Health and Sports announced on November 18, adding that no patients with severe symptoms of the disease were reported.
— Eleven Myanmar