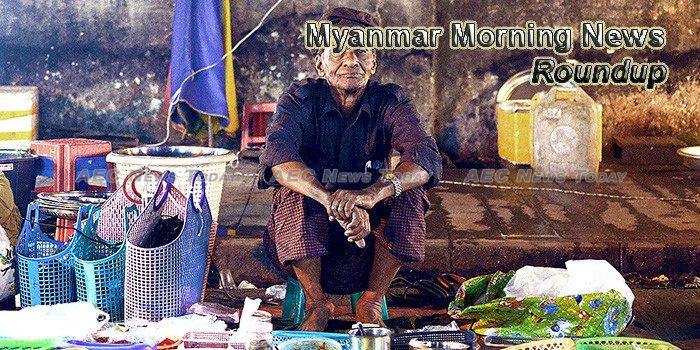 China buys up Myanmar’s entire mango export
China is buying up almost all of Myanmar’s mangoes produced this year, said U Nay Lin Maung Maung, chair of the Myanmar Fruit, Flower and Vegetable Producers and Exporters Association in the Mandalay Region.
– The Myanmar Times

The KMTTP: Will India’s Plans For Myanmar Become Reality?
The Sittwe deep-sea port in Myanmar’s Rakhine State, which was financed and constructed by India, will soon commence operation. The port is one part of the Kaladan Multi-modal Transit Transport Project (KMTTP) in western Myanmar which aims to connect Mizoram in landlocked northeast India to the Bay of Bengal.
– AEC News Today

SMEs and businesses in need of access to foreign bank services
Businesses have long been calling for the government to open up the financial sector for foreign banks to operate. Doing so, they argue, will provide them wider access to capital and hence speed up the growth of local businesses.
– The Myanmar Times

Mon State Locals Rally Against Offshore Supply Base
Locals of two villages in Mon State’s Ye Township have opposed plans for an offshore supply base (OSB) aimed at supporting oil and gas fields in the Mottama Gulf.
– The Irrawaddy

Myanmar’s Religious and Ethnic Conflicts: no end in sight
Against the backdrop of persistent ethnic tensions, the second round of the peace conference of Burmese government, army (Tatmadaw) and ethnic minorities begins on 24 May in Myanmar.
– Relief Web

Smoking-free areas to be created in six states and regions
-The Myanmar government is planning to establish smoking-free areas in six regions to prevent young people from being impacted by smoking, Xinhua reported on 24 May quoting official media.
– Mizzima