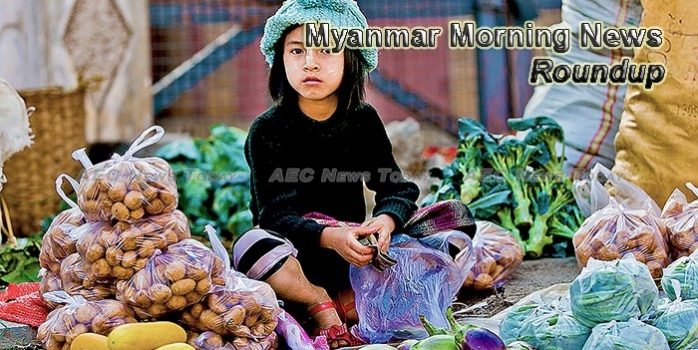 Myanmar ruling party’s promise of growth for country yet to materialise
One year since Myanmar’s National League for Democracy took office, the World Bank has projected growth for the country’s economy to moderate from 7.3 per cent in 2015-2016 to 6.5 per cent this year.
— Channel NewsAsia

Government to Give Investors Equal Rights at New Industrial Zones, Satellite Townships
The government has plans to build new in­dustrial zones and satel­lite townships across the country, U Kyaw Win, the minister for planning and finance, told an invest­ment conference.
— Consult-Myanmar

650 workers sacked for strike at Myanmar factory
About 650 workers at a clothing factory in Hlaing Tharyar industrial zone were fired after holding a strike demanding a 10-day break to celebrate the Thingyan water festival, the Myanmar equivalent of Songkran.
— Bangkok Post

Myanmar Monks Move to Take Action Against Editor For ‘Insulting’ Influential Religious Leader
Myanmar monks have been collecting signatures for a petition to take legal action against a domestic media reporter whom they accuse of insulting an outspoken and controversial figure in the country’s ultranationalist Buddhist movement.
— Radio Free Asia

6,000 villagers to get first aid, road safety training
Over 6000 people living in villages along the accident-prone Yangon-Nay Pyi Taw highway will be trained in first aid and road safety by the Myanmar Red Cross Society (MRCS) and Shell Myanmar.
— Myanmar Times

Electricity of 224 Megawatt needs for this summer
The Ministry of Electricity and Power has estimated that the maximum electricity requirement during the summer is about 3,100 megawatts and the actual production may be 2,856 megawatts.
— Eleven