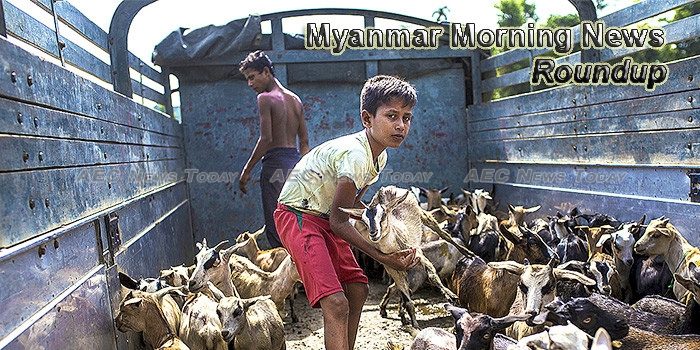 As demand rises, local coffee could emerge as key national export
Coffee could be the next big export product for Myanmar. But the industry needs support and protection from the government to produce the crop and before local growers start competing in the international market, Myanmar Coffee Association chair U Ye Myint, told The Myanmar Times.
— Myanmar Times

Myanmar: MOSB gets nod for offshore base; MEDC to complete Sakura tower by 2019
Myanmar Offshore Supply Base has received the approval from the Myanmar Investment Commission to set up operations in Mawlamyine. Meanwhile, the Myanmar Economic Development Corporation Public Company expects to finish work on Sakura Business Center in Ahlone township by 2019.
— Deal Street Asia

Mastercard to keep high growth rate in Myanmar
THE BUSINESS prospects for Mastercard, a leading global electronic payments network, become brighter as Myanmar strives for the transition into a cashless society.
— The Nation

Solving Myanmar’s power problem
ABB believes microgrids are the solution to Myanmar’s power shortage problems. A senior executive at the power grid company explains how it can be done.
— Myanmar Times

Shrines, shops demolished after Nat festival postponed
The shrines and shops are being destroyed after the government has postponed the Taungbyone Nat (spirits) festival until the spread of H1N1 seasonal influenza is under control, sources say.
— Eleven Myanmar

Big Four firm hails Belt and Road as a “global game changer”
A recent report from a multinational professional services firm praises China’s Belt and Road Initiative (BRI) as transcending beyond initial expectations by extensively boosting trade and commerce and supporting both physical and social infrastructures. It urged foreign businesses to join the game.
— Myanmar Times

Cotton market may benefit from Myanmar’s GSP reinstatement
COTTON farming is experiencing a resurgence in Myanmar since it was reinstated into the Generalized System of Preference (GSP), a preferential tariff scheme of the World Trade Organization, according to a report of Myanma Alinn Daily newspaper.
— The Global New Light of Myanmar

Hotel Okura Expands Into Myanmar
The 390-key luxury hotel will be constructed on the site of the former Defense Services Museum, within a commercial complex set to include both office and retail.
— Commercial Property Executive

Twilight Villa, the safe shelter for Myanmar’s abandoned elderly
Paralysed on one side by a stroke and barely able to speak, Tin Hlaing was left to die at the side of a road – by her own children. The 75-year-old only survived because a stranger took pity on her as she lay in the street and brought her to the “Twilight Villa” nursing home on the edge of Yangon.
— The Star Online

Public to be informed of disasters via messages
The public will be informed of natural disasters through short text messages on their cellphones, according to the deputy minister of transport and communications.
— Eleven Myanmar

Floods ruin 80,000 acres in Sagaing
Heavy rain and floods have ruined over 80,000 acres of crops in Sagaing Region, according to the regional agriculture, livestock and irrigation ministry.
— Eleven Myanmar