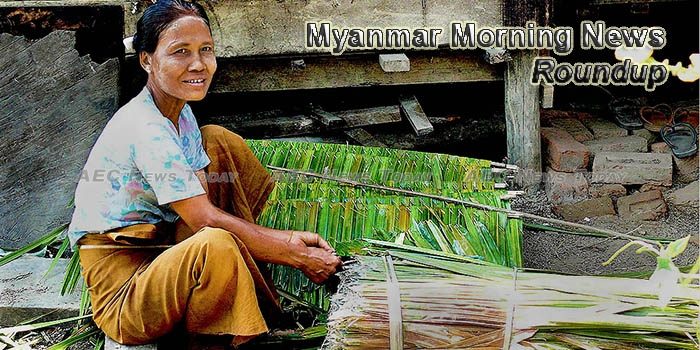 Tariffs and policies: The crux of Myanmar’s power problem
In 2017, Myanmar is projected to generate a maximum of 2,700 megawatts of electricity, up from around 2,500 MW in 2016, as the population expands and demand for power in the country continues to rise.
— Myanmar Times

Agricultural exports down by $32 million this FY
AGRICULTURAL exports were estimated at US$1.1 billion in trade value between 1 April and 4 August, nearly $32 million less than the same period last year, according to Commerce Ministry statistics issued Friday.
— The Global New Light Of Myanmar

XMH Engineering enters into JV in Myanmar
XMH Engineering, a wholly-owned subsidiary of XMH Holdings, entered into a joint venture (JV) agreement with Myanmar MarcoPolo (MMP) and Bulox Power (BP), with an authorised capital of US$50 million.
— The Business Times

Quality cotton seeds running out even as demand rises
Cotton is cultivated twice a year across two seasons. However, cultivation has become expensive since farmers must now buy seeds from private agriculture companies due to insufficient government supplies.
— Myanmar Times

Advancing agriculture, with apps and advice
Farmers are beginning to reap the benefits of the rapid growth in mobile phone use in Myanmar through apps that are providing them with a wealth of information.
— Frontier Myanmar

Myanmar fashion bares its cutting edge
The country’s cutting edge in fashion was unveiled by some of Myanmar’s hottest models in Yangon on Sunday and Monday, as five top designers showcased their latest creations.
— Eleven Myanmar