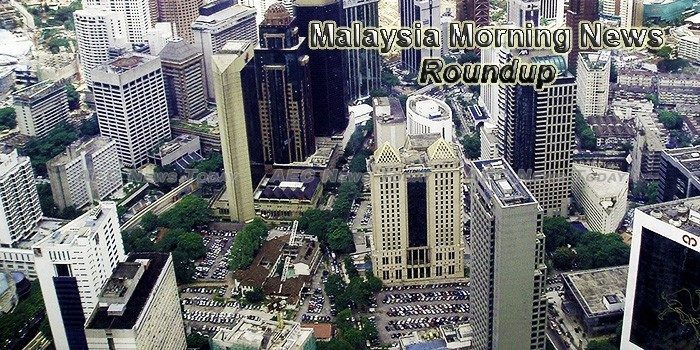 Welcome to the Malaysia morning news roundup by AEC News Today, your one stop for Malaysia news on matters of governance and policies affecting Asean business communities.

Malaysia Declares Airport Safe for Travel After Kim Jong Nam Assault
Malaysia on Sunday declared its international airport a “safe zone” after completing a sweep of the terminal where the estranged half-brother of North Korean leader Kim Jong Un was assaulted with a deadly chemical last week.
– Fortune

Nerve agent killed Kim, says Malaysia
Autopsy results on Kim Jong Nam suggest he was killed by “very serious paralysis” due to a lethal nerve agent, Malaysia’s health minister said yesterday, as the airport terminal where he was assassinated was given the all-clear.
— The Standard

Malaysia: Poisoning of Kim caused paralysis, quick death
Malaysia’s health minister said Sunday that the dose of nerve agent given to North Korean ruler Kim Jong Un’s exiled half brother was so high that it killed him within 20 minutes and caused “very serious paralysis.”
— Inquirer.Net

Many options open to Malaysia in spat with North Korea: Expert
Malaysia has a number of options that could be exercised against North Korea in its diplomatic spat following the murder of Kim Jong-nam, said local think-tank Pacific Research Centre
– Today

Ringgit opens lower against US dollar
The ringgit opened lower this morning on lack of demand and cheaper crude oil
prices, dealers said.
— The Sun Daily

MPOB to take proactive measure to expand market share of palm oil
The Malaysian Palm Oil Board (MPOB) will carry out additional proactive measures to boost the palm oil industry as well as spurn the negative perception of the commodity by the people around the world.
— New Straits Times

Why airlines are still expanding in face of glut
Recent announcements of multibillion-ringgit aircraft orders and aggressive growth plans in seat capacity among four main Malaysian carriers may seem curious to some, in the face of yield and profitability pressures ahead, particularly in the second half of the year.
— The Edge Markets