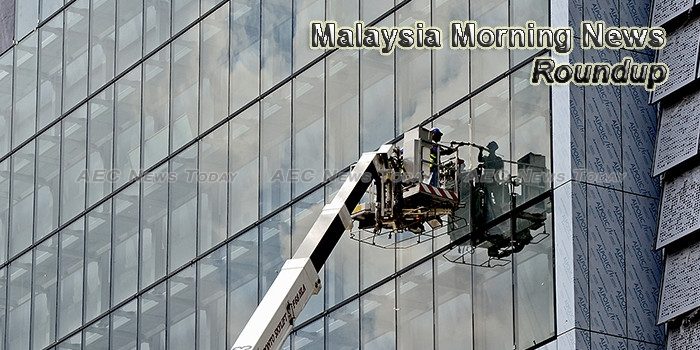 Malaysia addresses inaccurate claims in draft EU environment report on palm oil
Malaysia is addressing numerous ‘inaccurate’ interventions on the European Parliament’s draft on the environmental impact of palm oil consumption and on existing sustainability standard that will be recorded by Friday.
— The Edge Markets

Delegation to meet European parliament members on palm oil
A Malaysian Palm Oil Board (MPOB) delegation is set to meet members of the European Parliament in Brussels next week to address issues pertinent to palm oil.
— The Borneo Post

MACC to name the top 10 most corrupt ministries
The Malaysian Anti-Corruption Commission (MACC) is adopting a new mechanism to fight corruption in the public sector – to name and shame the guilty.
— Free Malaysia Today

UK trade mission leverages on Malaysia’s tech future
FORTY technology companies from the United Kingdom were in Malaysia from Oct 9 to 11 as part of the UK Mega Tech Mission organised by the UK’s Department of International Trade and the Malaysia Digital Economy Corporation (MDEC).
— Digital News Asia

MAS to set up new airline to focus on Haj pilgrims by year end, says CEO
Malaysia Airlines Bhd (MAS) is looking to set up a new airline dedicated to ferry Haj pilgrims to the Middle East, Peter Bellew, MAS’ chief executive officer said at the sidelines of a media visit yesterday to Airbus’ premises in Toulouse, France.
— The Edge Markets

Malaysia Stock Market May Halt Losing Streak
The Malaysia stock market has fallen lower in back-to-back sessions, dipping almost 7 points or 0.4 percent along the way. The Kuala Lumpur Composite Index now rests just above the 1,755-point plateau although it may find traction on Thursday.
— Nasdaq

Knight Frank sees rise in KL prime office rental for next 3 years, attractive for MNCs
The Kuala Lumpur skyline will continue to change as more skyscrapers are completed over the next three years, raising the benchmark of premium grade office space in the city.
— The Sun Daily

No more room for error in FGV
WHEN Felda Global Ventures Holdings Bhd (FGV) announced on Monday that its president and CEO Datuk Zakaria Arshad was returning to his duties at the start of next week, the news brought to an end one of the most volatile episodes of a boardroom fight in recent times.
— The Star Online

Policy error by US Fed is biggest fear in 2018, says Ambank Research
AmBank Research expects the US equities market to remain healthy despite factoring in 2-3 rate hikes in 2018.
— The Edge Markets

Bridge to foreign education in Malaysia
The Malaysia Education Lead Meet organised by Fast Track Education Services Limited is a yearly event which is set out to enable students to make better plans and informed decisions regarding their higher studies in Malaysia.
— The Daily Star

Wiser Malaysia to tread with caution against China
Malaysia have learned their lessons and will not take China lightly in their opening Asia Cup Group B match at the Maulana Bhasani National Hockey Stadium in Dhaka, Bangladesh, today.
— The Star Online