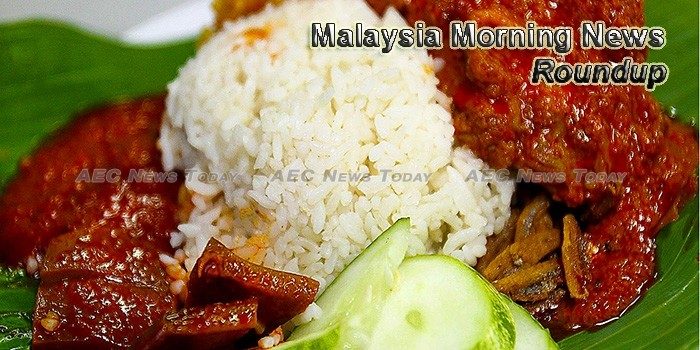 Ringgit at strongest showing so far this year as US$ declines
The ringgit is poised to trend upwards on the domestic currency strengthening to RM4.4135 as at 5pm yesterday, its strongest showing year to date. This came about amidst the continuing decline of the US dollar.
— The Star Online

Malaysia central bank sees inflation exceeding 8-year high
Higher fuel costs probably pushed up Malaysia’s inflation rate this month to above the 4.5 per cent rate posted in February, though there’s no evidence that price pressures are spreading more broadly in the economy, an official from the central bank said.
— New Straits Times

Health Ministry seeks to raise smoking age limit
The Health Ministry has proposed to raise the age limit for a person to buy and sell cigarette to 21, from 18 currently, the Dewan Rakyat was told today.
— Malay Mail Online

Kim Jong Nam’s body still in Malaysia amid talk of deal with North Korea
The body of Kim Jong Nam, who was murdered in Malaysia last month, is still in Kuala Lumpur, health minister Health Minister Subramaniam Sathasivam said on Tuesday, amid reports the remains of the estranged half brother of North Korean leader Kim Jong Un will soon leave the country.
— Reuters

What Did France’s Hollande Achieve During His Malaysia Visit?
After being in Singapore during the weekend, Hollande moved on to Malaysia on March 27. In doing so, he became just the second French president to ever visit Malaysia, with the last being Jacques Chirac over a decade ago.
— The Diplomat

Cypark clinches RM28.5mil jobs from Government
Cypark Resources Bhd has clinched three contracts worth RM28.48mil from the National Solid Waste Management Department to operate of the leachate treatment plants (LTPs) for landfills in Negri Sembilan and Pahang.
— The Star Online

Malaysia Inflation at Record High: ETF in Focus
The Malaysian central bank expects a challenging year in terms of monetary policies as inflation is at record levels. Malaysian Consumer Prices in February rose at the fastest pace in over eight years.
— Zacks.com