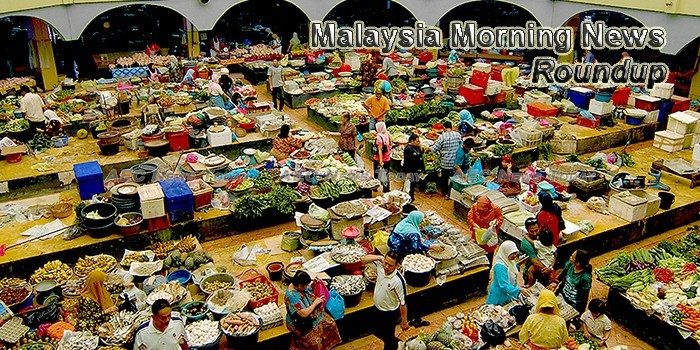 How will China investments impact GE14?
We cannot deny that the fairly recent influx of Chinese investments in Malaysia has been a game changer of sorts.
— Free Malaysia Today

AirAsia, Firefly stewardesses’ uniforms too sexy: Malaysian MPs
Two Malaysian ruling-party lawmakers have chided homegrown airlines AirAsia and Firefly for dressing their stewardesses in uniforms that are “too revealing”.
—The Straits Times

What a Najib win could mean for Malaysia
The rule of the Umno-led Barisan Nasional looks set to be extended for many years to come if the Umno-PAS alignment works, according to an editorial in the East Asia Forum.
— Free Malaysia Today

‘Each Malaysian owes RM29,134 in debt?’
One of Pakatan Harapan’s more successful propaganda to lie to and mislead Malaysians is the gross external debt position of Malaysia.
— Malaysiakini

Clearing the clouds around Malaysia’s digitization ambitions
DIGITIZATION efforts in Malaysia are beginning to take root, but uncertainty and caution in both implementation and policy need to be overcome. That seemed to be the overarching conclusion one got after attending a closed-door event hosted by Hitachi Sunway Information Systems Sdn Bhd (Hitachi Sunway), Powerware Systems Sdn Bhd and Hitachi Asia (Malaysia) Sdn Bhd for a group of CIOs held in Kuala Lumpur recently.
— DNA

Sweet Success with Nuclear: Malaysian Farmers to Grow Natural Sugar Substitute
Farmers in impoverished communities in East Malaysia will be able to grow a cash crop starting next year – thanks to nuclear science.
— IAEA

Malaysia to see 3.2% real wage growth in 2018
The average salary in Malaysia is expected to grow by 3.2% in 2018, an increase over the 1.3% growth recorded in 2017, said global management consulting firm, Korn Ferry Hay Group (Korn Ferry).
— The Star Online

Youth Housing Scheme eligibility criteria relaxed
The government’s Youth Housing Scheme (YHS), which is solely offered by Bank Simpanan Nasional (BSN), has been extended to Malaysian citizens aged 21 to 45 years old and single or married youths with household income of no more than RM10,000 per month.
— The Sun Daily

Study: 57% of M’sian parents with grown-up children still helping them out financially
Parents in Malaysia are not cutting the financial umbilical cord, with 57% of people with children over the age of 18 still giving them regular financial support, according to HSBC’s new the Power of Protection study, Facing The Future.
— The Sun Daily

Malaysia, China cops cripple scam syndicate, 140 nabbed
Malaysian and Chinese police have crippled a scam syndicate that had caused victims in the two countries to incur about RM13mil in losses.
— The Star Online

Malaysia morning news for May 23