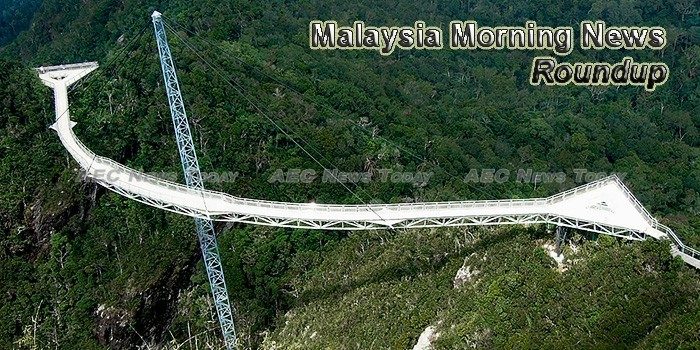 Axiata looking to expand tower assets in India
Malaysian telecommunications group Axiata Sdn Bhd is looking at buying a stake in Indian tower assets to grow its presence in the country, an Indian business newspaper reported.
— The Star Online

Rising inflation has risks but may help curb debt
INFLATION in Malaysia, which has risen to an eight-year high on fuel costs, may spiral into second-round price effects, but may also help control high levels of debt.
— The Star Online

M’sia most favoured Asean market of 2017: MIDF Research
Malaysia is now the darling of the region in terms of global money flow into Asian equities, not to mention the most favoured Southeast Asian Emerging market in 2017, based on foreign liquidity flow on Bursa Malaysia, which remains elevated for the third week running.
— New Straits Times

FT unit: Malaysians get best bang for buck on transport in Asean
Malaysians receive more or better transport services for the same outlay as neighbours in Southeast Asia, according to a report by research firm FT Confidential Research.
— Malay Mail Online

EDII to assist Malaysian govt in skilling workforce
EDII would be lending a hand in the initiative by the Malaysian Government to equip, develop and assist unemployed graduates and school dropouts with high end skills and competencies.
— The Indian Express

Pos Malaysia in focus as it gets ready to unleash Tigers Global strategic plan
Pos Malaysia Bhd continued to attract interest as investors chased up the national courier’s shares by six sen to close at RM4.76 yesterday.
— The Star Online

Peka sets eyes on Australia for Glulam market
The Association of Bumiputera Timber and Furniture Entrepreneurs (Peka) is set to export its brand of Glued Laminated Timber (Glulam) to Australia.
— New Straits Times