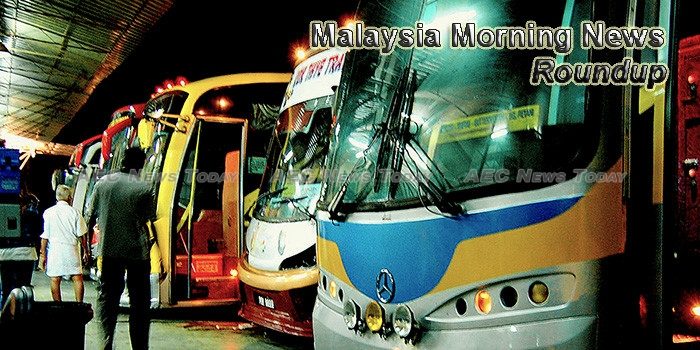 What’s Behind The New China-Malaysia Defense Committee?
During his weekend visit to Beijing, Malaysian Defense Minister Hishammuddin Hussein announced that a new high-level defense committee would be set up between Malaysia and China to boost cooperation.
— The Diplomat

Ringgit higher against US$ early Tuesday
The ringgit opened higher against the US dollar today as the greenback eased against the major currencies on the back of optimism on the euro following the first round result of French election.
— The Star Online

Despite Problems Facing Country, Malaysia Is Consolidating Its Position In Global Healthcare
Despite other problems facing the country, Malaysia is managing to consolidate its position at the forefront of global healthcare.
— Frontera News

KPJ Healthcare ‘neutral, Public Bank ‘buy’, Cocoaland ‘hold’, BAT ‘sell’
KPJ Healthcare Bhd’s proposed share split exercise is expected to improve the trading liquidity of the company and appeal to a wider base of public shareholders, according to PublicInvest Research.
— The Star Online

Malaysia launches a special blueprint for Malaysian Indians
A specially-tailored blueprint has been launched by the Malaysian government to empower Indian community in Malaysia over the next ten years, The Star Online reported on Sunday.
— Thai PBS