Lao Morning News For May 11 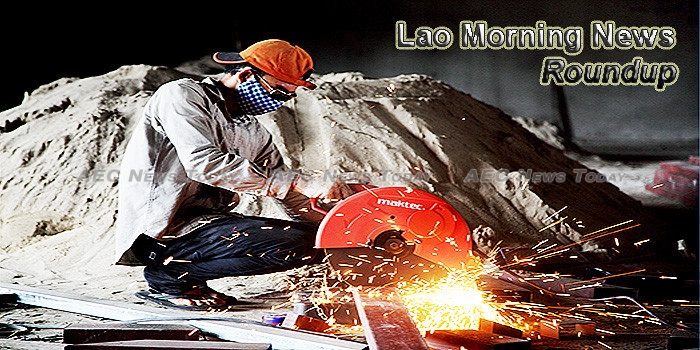 Laos’ govt tightens spending to reduce debt burden
Laos’ government has announced that some new development projects planned for this year could be postponed until next year if Laos faces a revenue shortfall in 2017.
– The Nation

President to attend Road and Belt Forum in China
President Bounnhang Vorachit will attend the Belt and Road Forum for International Cooperation taking place from May 14 to 15 in Beijing, while economists say China’s Belt and Road Initiative will benefit the Lao economy.
– Vientiane Times

China envoy says Laos stands to gain from Belt and Road
Lao state-run media published an article by a Chinese diplomat earlier this week citing the benefits that China’s Belt and Road infrastructure project will bring to Laos.
– Xinhua

Lao PM visits Malaysia to boost ties
LAO PRIME MINISTER Thongloun Sisoulith and his delegation were on an official visit to Malaysia from Tuesday to yesterday at the invitation of Prime Minister Najib Tun Abdul Razak.
– The Nation

NA members oppose single-judge court cases
National Assembly members have spoken out against having a solitary judge preside over even the smallest of court cases, which they believe is an easy path to unjust judgments.
– Vientiane Times