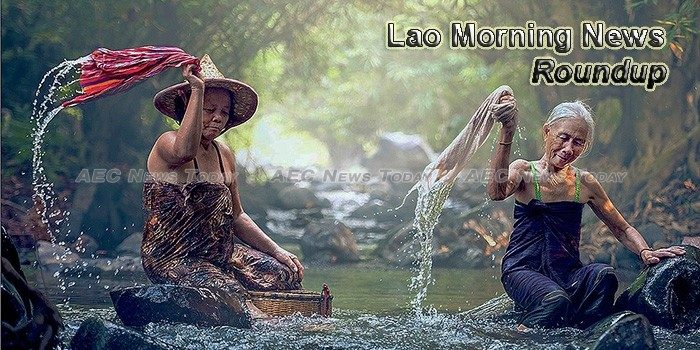 Lao Government Auctions Luxury Cars in a Bid to Cut Costs, Reduce Corruption
The Lao government has auctioned 14 luxury cars previously used by the country’s leaders in its latest effort to cut costs and rein in corruption in the impoverished nation by getting rid of pricey autos that high-ranking officials had been using for free for official and personal business.
— Radio Free Asia

How this Lao woman became an icon in US real estate
Michael Gosman, executive director of ACTS Housing, a nonprofit that helps low-income households buy and renovate dilapidated homes, can still remember overhearing Laotian-American realtor Blia Cha in a “heated” conversation with someone on the phone. After she hung up, Michael heard her exclaim, “’I just saved my buyer USD20!’”
— Asia Property Report

US interest rate rise to deepen debt crisis in developing world
Developing countries are struggling with steep rises in their debt payments after being hit by a double whammy of lower commodity prices and a stronger dollar, with more pain to come once the US central bank raises interest rates this week, campaigners warn.
— The Guardian

Laos turning Thai-visa hunters away
I wish to give a heads-up to expats thinking of getting a Thai tourist visa in Laos: think twice before going to Savanakhet.
— The Nation

Laos and Japan enhance cooperation with Deputy PM’s visit to Tokyo
THE relationship between Laos and Japan continues to grow and be fruitful, especially under the strategic partnership which has boosted political, economic, and socio-cultural cooperation.
— The Nation

Vangvieng Trade Fair Scheduled to Start This Weekend
The first Vangvieng trade fair is scheduled to be held this Saturday, March 18, and will last until March 24 in the popular tourist destination town of Vientiane province.
— Lao News Agency

Govt toughens up on foreign worker registration
The labour and security sectors are gearing up to register and issue temporary work permits to foreign workers as part of government efforts to strictly regulate foreign nationals.
— Vientiane Times

Interview: More honesty, determination needed to eliminate malaria: expert
An expert recently suggested that governments and international organizations should be more honest and determined in order to eliminate malaria, as the world faces the risk of losing the main arteminisin class of antimalarial drugs.
— Xinhua News

Laos to pursue trade, business environment improvement
The government of Australia will contribute US$2.5 million (Bt88.2 million) in additional funding for the ongoing Second Trade Development Facility Project (TDF II), with the aim of improving trade and Laos’ business environment.
— The Nation

Laos and Vietnam to build Vientiane-Hanoi Highway
The Lao Ministry of Public Works and Transport, in collaboration with The Vietnamese Ministry of Transport, have agreed to implement the next step towards building a highway connecting the two countries’ capitals this year.
— The Laotian Times

Lao Airlines aims for Direct Route to Tokyo for Passengers
Lao Airlines has announced plans to provide its passengers with a direct flight between Vientiane and Tokyo, Japan.
— The Laotian Times

Laos, UK continue cooperation in education development
The Ministry of Education and Sports will continue its cooperation with the UK government in furthering the development of the country’s education sector.
— Vientiane Times

Govt grants exequatur to new Swedish consul
The government yesterday presented an exequatur to the Honorary Consul of the Kingdom of Sweden to the Lao PDR at a ceremony held at the Ministry of Foreign Affairs in Vientiane.
— Vientiane Times