Internet Rules When it Comes to Reaching Asia-Pacific Youth – Infographics 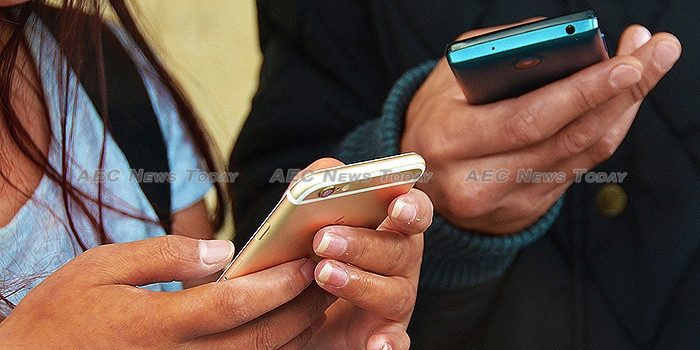 When it comes to television versus the internet the latter wins hands-down with Asia-Pacific youth, with Thai youth the most internet ‘addicted’ of all. In fact, so internet tuned-in are Thai youth between the ages of 6 and 14 that attempting to reach them through any other means is simply a waste of money.

The findings are the result of a survey conducted last October by Singapore-based child and families safe digital advertising and content platform TotallyAwesome of more than 2,100 youth aged 6-14 years across seven key Asia-Pacific countries: Australia, Indonesia, Malaysia, the Philippines, Singapore, Thailand, and Vietnam.

The survey found Asia-Pacific youth are more likely to have access to smartphones than TV in five out of seven of the examined countries, with 95 per cent of families across the region having at least one smartphone in the family home.

Asia-Pacific youth with access to smartphones and television accessed both multiple times a day in equal numbers, 58 per cent, with those aged between 6 and 8 years of age spending 2.26 hours online on weekdays and 3.10 hours on weekends. Across all age groups the average online access time on weekdays and weekends was greater than the time spent watching television. Time spent and preference for online increased as Asia-Pacific youth aged, with those between 12 and 14 years spending 3.22 hours a day online on weekdays and 4.19 hours on weekends.

According to the APAC Kids Market Insights Report 2016-17, the speed with which online content is rapidly replacing traditional means is highlighted in the 11 per cent increase in Asia Pacific youth who preferred the internet as their source of information over television in 2016, compared to the 66 per cent who answered the same in 2015.

Leading the field as the most internet tuned-in youth in the Asia-Pacific is Thailand where some 98 per cent of Thai youth chose the internet over television as their source of information compared to television, followed next by youth in the Philippines where 81 per cent said the preferred online to television.

In Indonesia the survey found 73 per cent of youth preferred gaining their information via the internet compared to TV, while 70 per cent of Malaysia youth said the same.

While the influence of online advertising increased with age, the report found that 72 per cent of Asia-Pacific youth as young as 6-years-old were discovering new things online in their fields of interest – movies, toys, video games, and apps – with this figure increasing to 94 per cent for 12-14-year-olds.

More than 57 per cent of Asia-Pacific youth were found to have asked their parents to buy things they had seen online compared to 68 per cent on TV, with more than half of parents admitting to having bought an item their child wanted after seeing it online.

Commenting on how brands can get the best return on investment in the region, TotallyAwesome CEO Quan Nguyen said, “our exclusive data shows that Asia-Pacific youth are spending more time online than on watching TV on a daily basis. More importantly, as Asia-Pacific youth get older, online advertising gains importance as a route for new content discovery.

“Brands should consider Asia-Pacific youth as key influencers in family spending and recognise the need to reach and engage them through a consistent, always-on digital presence. In particular, mobile is gaining unprecedented importance as a gateway to Asia-Pacific youth.

“As mobile and online media consumption among Asia-Pacific youth accelerates, diving deep into how they consume media, how this changes across ages, and the role of multiple screens, provides crucial insights for driving effective advertising and marketing campaigns”, he added.