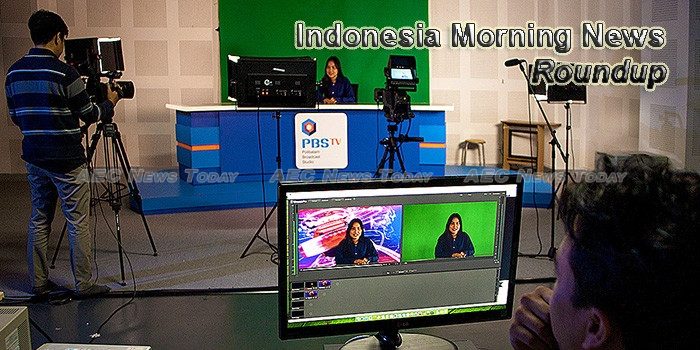 Bank Indonesia Revises 2017 GDP Growth Forecast to 5.1%
Bank Indonesia revised its forecast for 2017 economic growth to 5.1 percent on Thursday (16/11), near the lower end of its previous range of 5.0 percent to 5.4 percent.
— Jakarta Globe

Indonesia anticipates electricity oversupply
Energy and Mineral Resources Minister Ignasius Jonan has said that the reason for regrouping the customers of state-owned electricity company PLN was in anticipation of the increased production of electricity due to the 35,000 megawatt (MW) program expected to be achieved in 2019.
— The Jakarta Post

Rupiah Tumbles 1.27 Percent Against US Dollar in October
The Indonesian rupiah depreciated 1.27 percent against the US dollar to Rp13,523.07 in October 2017, the Central Statistics Agency (BPS) said.
— Tempo

Indonesia introduces Gayo coffee to Canadian buyers
The government has invited coffee buyers from Canada to Takengon in Central Aceh to take a close look on the production process of Gayo coffee, a specialty coffee only grown in the area.
— The Jakarta Post

Jokowi Adamant to Get 51 Percent Stake in Freeport
The government continues to push US-based miner Freeport Indonesia to divest their shares.
— Tempo

New regulation for OTT activities in Indonesia
Indonesia’s Minister of Communication and Informatics (MoCI) recently organized a discussion on a draft regulation concerning over the top (OTT) applications and content, in which HPRP had the honour of participating.
— Vantage Asia

Top Indonesia official escapes arrest by anti-graft police
Indonesia’s anti-graft police say they’ll declare the speaker of parliament a fugitive if he doesn’t turn himself in after being accused of involvement in the theft of $170 million of public funds.
— Business Standard

Italian Manufacturers Seek Cooperation With Indonesian Businesses in Printing, Packaging
Italian manufacturers on Wednesday (15/11) expressed their interest to increase cooperation with their Indonesian counterparts, particularly in printing and packaging, during the 2017 Printech Indonesia event in Kemayoran, North Jakarta.
— Jakarta Globe

With ban lifted, importer initiates wagyu war in Indonesia
An Indonesian meat distributor is importing wagyu, long banned in the Southeast Asian country, in cooperation with the Japan External Trade Organization to test the local market, which has been dominated by the same breed from Australia.
— Japan Times

Coming to Indonesia, Decathlon Eyes Local and Economical Market
In the midst of the weakening of the retail industry, one of the sports equipment retail giants from France, Decathlon, is coming by opening outlets in Indonesia.
— Netral News