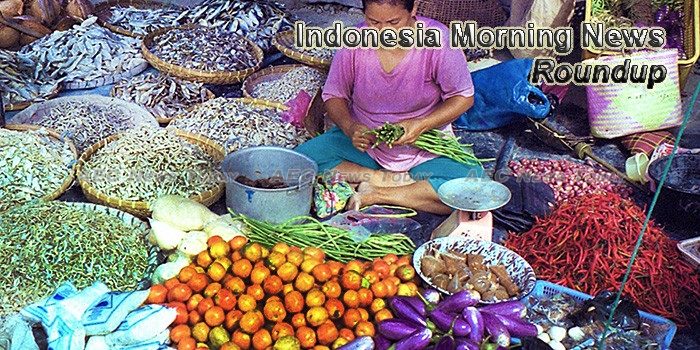 Donald Trump’s business dealings in Indonesia unearthed
Donald Trump was running for the US presidency when he personally raised with senior Indonesian politicians the need to have a toll road completed in Indonesia to benefit a massive new resort development in which he later invested.
— ABC News

Indonesia sets tariff ranges for Uber, Grab
Indonesia has set minimum and maximum tariffs for online car-hailing services, aiming to ensure comparable pricing with conventional transport providers whose drivers have complained about being undercut by their newer competitors.
— Bangkok Post

Muslim leader urges Indonesians to boycott Starbucks over LGBT stand
A leader of Indonesia’s second-largest Muslim organization has called for a boycott of Starbucks, saying that the international coffee chain’s pro-gay stand risks ruining the “religious and cultured” core of the Southeast Asian nation.
— Reuters

Jakarta earns more revenue from Monas visitors
The Jakarta administration booked a little over Rp 115 million (US$8,627.48) in revenue from parking lots in the vicinity of the National Monument (Monas) in Central Jakarta from Friday to Wednesday last week.
— The Jakarta Post

Jakarta to cut allowances of civil servants skipping work Monday
The Jakarta administration has announced that all civil servants, unless officially on leave, must return to work on Monday, the first day of work after the extended Idul Fitri holiday, or their allowances will be cut.
— The Jakarta Post

Bekasi produces more waste over Idul Fitri holiday
Even though many residents of Bekasi, West Java, left the city last week to travel to their hometowns for Idul Fitri, the production of waste in the municipality has increased over the past few days, an official has said.
— The Jakarta Post

Indonesia aid helicopter crashes after volcano erupts
A helicopter carrying eight people crashed Sunday while on the way to help with evacuations near a volcano that erupted on the main Indonesian island of Java. Officials didn’t know the fate of the people on board, but villagers said they found two bodies at the crash site.
— ABC News

The Latest: Indonesian aid helicopter crash kills 8 rescuers
An Indonesian rescue official says the eight people on board a rescue helicopter have been confirmed dead after it crashed while on its way to help with evacuations near a volcano that erupted on Java island.
— Washington Post

EDITORIAL: Mission to Marawi
Controversy is brewing as to whether Indonesia should accept Philippine President Rodrigo Duterte’s request for troops to help his government fight the terrorist group that now controls part of Marawi city on the southern island of Mindanao.
— The Jakarta Post

Fitch: 7-Eleven Indonesia Closure Not Sign of Industry Problems
The closure of 7-Eleven convenience stores in Indonesia is not evidence of industry-wide problems, but reflects circumstances peculiar to the franchise, Fitch Ratings says.
— Reuters