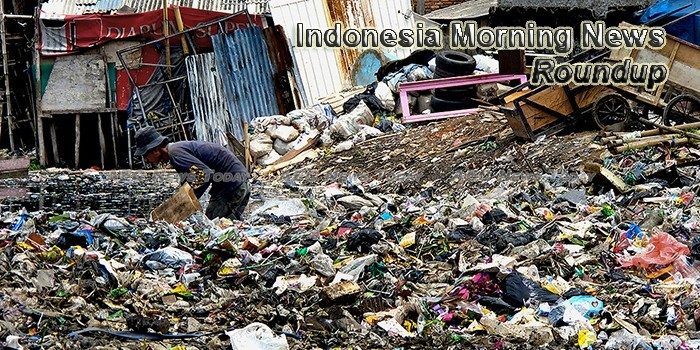 Indonesia offers Rp 7.7t satellite project to investors
The investment Coordinating Board (BKPM) in collaboration with the Communications and Information Ministry has held a premarket sounding event for a public private partnership (PPP) project on the procurement of a multifunctional satellite, an official has said.
— The Jakarta Post

Government to consider non-tax state revenue in lowering gas price
The decline in Non-Tax State Revenue (PNBP) from the gas sector will be taken into account if gas price for the industry is to be reduced, Coordinating Economic Affairs Minister Darmin Nasution stated.
— Antara

Indonesia offers land ownership to foreign investor in Batam
Free zone authority in Batam (Badan Pengusahaan Batam) of Indonesia has given opportunity for foreign investors to own lands on the island, a move aimed at luring foreign investment, an official said on Wednesday.
— Xinhua

Import restrictions not effective in lowering food prices
The Center for Indonesian Policy Studies (CIPS) has said that excessive restrictions on imports are ineffective in reducing the price of food commodities needed by many people.
— Antara

Miners Invest $5b in Indonesia Nickel Smelters in First 10 Months
Thirteen mining companies have invested a combined $5.03 billion in the construction of nickel smelters during the first 10 months of this year to comply with Indonesian government requirements, an official at the Ministry of Energy and Mineral Resources said.
— JakartaGlobe