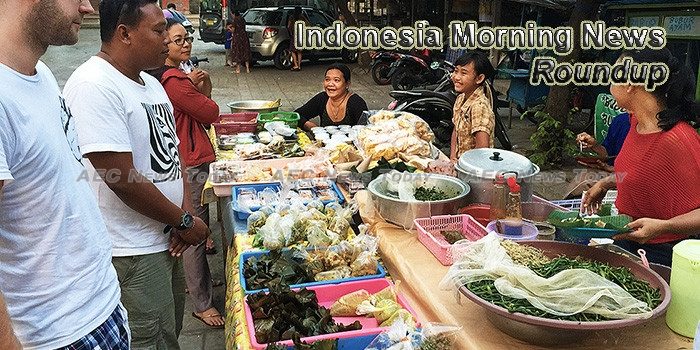 Deadline for Indonesia to be Free from Measles and Rubella
President Joko Widodo (Jokowi) has expressed his hope that Indonesia would be free of rubella and measles by 2020.
— Netral News

Bali Sees Significant Increase in European Tourists
Indonesia’s efforts to boost foreign tourist arrivals have had significant success in Bali on the back of improved connectivity.
— Jakarta Globe

Indonesia backs away from Telegram ban
The Indonesian government decided not to ban encrypted messaging service Telegram, after threatening to do so unless the app maker blocked unlawful content, particularly radical and terrorist propaganda.
— Mobile World Live

This is Why Indonesia Targeted by Major Trafficking Syndicates in the World
A convict in a maximum-security Indonesian prison masterminded an operation to import 1.2 million ecstasy tablets which led to two arrests and the death of another suspect, authorities said Tuesday.
— Netral News

Indonesia ‘not closing door’ to Australian agricultural exports despite self-sufficiency drive
A senior trade official insists Indonesia is not “closing the doors” to Australian agricultural products despite its drive towards food self-sufficiency as the two countries enter the eighth round of free trade negotiations in Canberra this week.
— The Sydney Morning Herald