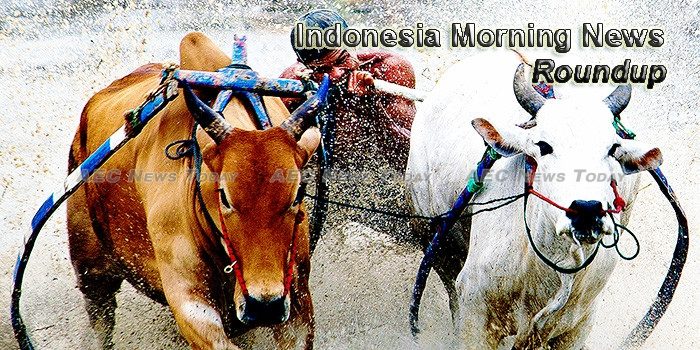 Ahok to Receive Verdict on May 9: Judge
North Jakarta District Court judges have scheduled Jakarta Governor Basuki “Ahok” Tjahaja Purnama to receive his verdict on his long-running blasphemy case — in which the charges have been downgraded to publicly expressing feelings of hostility, hatred or contempt against one or more population groups — on May 9.
— Jakarta Globe

Police Urge Implementation of Nationwide CCTV Network
National Police spokesman Insp. Gen. Boy Rafli Amar has called for a nationwide implementation of an integrated network of Closed Circuit Television system, or CCTV, to be manned at its headquarters in Jakarta.
— Jakarta Globe

Sandiaga to provide entrepreneurship program for thugs
Jakarta deputy governor-elect Sandiaga Uno said he plans to reach out to thugs in Kalijodo park, North Jakarta, who reportedly illegally ask for parking fees from visitors, to participate in his signature entrepreneurship “OK OCE” program, in hopes of giving them a chance to engage in positive activities.
— The Jakarta Post

Malaysia, Indonesia to counter EU decision to ban palm oil-based biofuel
Malaysia and Indonesia will send a joint mission to Europe next month to counter the European Union (EU) resolution which proposed to curb the use of oil palm-based biofuel by 2020.
— The Star Online

Powerphase to Implement Turbophase Dry Air Injection in Indonesia
Powerphase signed a memorandum of understanding with PT Perusahaan Listrik Negara, the state power company of Indonesia, on a phased implementation of the Turbophase Dry Air Injection system. The deployment will begin with a feasibility study at two 50 MW projects, followed by full implementation of 2 GW of additional power at existing PLN assets over the next two years.
— Power Engineering Magazine