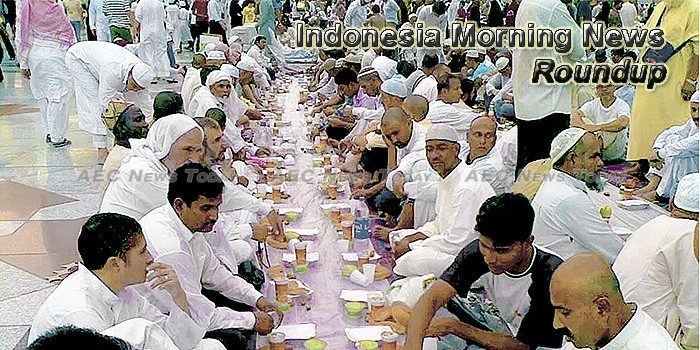 Thailand Sees More Tourists, but Indonesia Records Bigger Growth in Their Number
According to Thailand’s Ministry of Tourism and Sports, the country welcomed 12 million international visitors in the first quarter of 2017, almost 3 percent more than in the same period last year.
— Jakarta Globe

Boeing closing in on US$5bil orders from Asian airlines
Boeing Co is closing in on about US$5bil in orders from two Asian carriers for its longest-ever 737, people familiar with the matter said.
— The Star Online

Chinese Investors to Build Carbon Steel Plant in Indonesia
An Indonesian delegation collected more than USD $1.6 billion worth of investment commitments in a follow-up meeting after the Belt and Road summit in Beijing (held on 14-15 May 2017).
— Indonesia Investments

Indonesia to Get Access to Its Taxpayers’ Financial Data in Hong Kong
Indonesia and Hong Kong have agreed to share financial information that will give the Indonesian tax office access to data on taxpayers who have accounts in the wealth management hub, the Ministry of Finance said on Friday (16/05).
— Jakarta Globe

Indonesia to hold neutral monetary policy stance
Indonesia’s central bank kept its benchmark interest rate unchanged as expected and signaled it will maintain its neutral stance if inflation and the currency remain in line with forecasts.
— Independent Online

Infrastructure in Indonesia: Campaign Promises Kept?
After being overshadowed for decades by debates over the roles that trade policy and financial liberalization play in generating economic growth, developing quality infrastructure has reasserted itself as a top development priority. Success in infrastructure can bring spectacular gains in growth, exemplified by China.
— BRINK

Indonesia Airports app to assist travelers during Idul Fitri exodus
With just a week until Idul Fitri, we can already start to imagine the chaotic scenes at bus terminals, train stations, ports and airports across Indonesia.
— The Jakarta Post