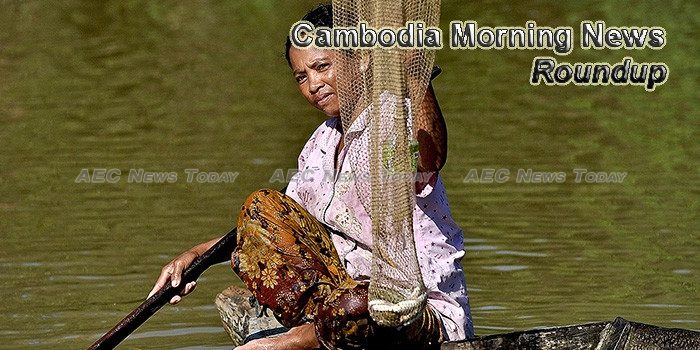 Cambodia gets low marks in ‘human capital’ report
A recent report by the World Economic Forum underscored the Kingdom’s poor performance in educating and training its citizens in order to develop a competitive workforce and put their skills to productive use, ranking it for the first time in its annual review as the worst in Asean.
— The Phnom Penh Post

Cambodia Urges US to Rethink Policy of Denying Visas Over Felon Repatriation Dispute
Phnom Penh on Wednesday voiced regret about a U.S. decision to stop issuing visas to senior Cambodian foreign ministry officials and their families, urging Washington to reconsider the policy and offering to send a delegation to discuss the cases of 26 nationals whom the United States wants to repatriate.
— Radio Free Asia

Chinese firm to help raise pigs in Cambodia
The Ministry of Agriculture signed a memorandum of understanding with a Chinese agricultural company to provide technical assistance in developing pig production in Cambodia.
— The Phnom Penh Post

Ministry of Foreign Affairs targeted by US visa ban, in retaliation for government’s deportee stance
The United States yesterday banned business and tourist visas for Cambodian Foreign Ministry officials and their families in response to the Kingdom’s refusal to accept “inhumane” deportations of Cambodian citizens convicted of felonies in the US.
— The Phnom Penh Post

PM praises China after trip
Prime Minister Hun Sen returned from a three-day trip to China yesterday, all but confirming in a statement what observers have long theorised: that Cambodia now sees China’s backing as a bulwark against Western criticisms over its rights record.
— The Phnom Penh Post

Kingdom’s biggest SEZ to get even bigger
The Kingdom’s biggest industrial park is moving beyond its initial development stage and looking to attract nearly 200 new tenants in the next five years as it doubles its footprint.
— The Phnom Penh Post

RFA confirms office closure
Radio Free Asia yesterday confirmed that all its staffers in Cambodia would see their contracts expire at the end of the month and its operations would only continue outside the country, despite a few reporters saying that they would continue to work for the broadcaster after the shutting down of its Phnom Penh bureau.
— The Phnom Penh Post

The Guardian view on Cambodia: a local crisis and a regional shift Editorial
Cambodia’s Hun Sen is one of the world’s longest standing leaders. His party has been happy to hold elections as long as it knows it is going to win, and to embrace underhand tactics or outright force when things don’t go quite as planned. Another poll looms next year and, after more than three decades in his post, the prime minister and former Khmer Rouge commander says he has decided to continue for 10 more years to ensure stability.
— The Guardian

Hun Sen on verge of ruining his legacy
One would think that, after being in power for three decades, Cambodian Prime Minister Hun Sen would feel more secure about his position. Sadly, this is not the case. The strongman has a weak temperament, and no mandate from the people is enough to put him at ease. As he prepares for a general election next year, he has decided to go after his political challengers and critics.
— The Phnom Penh Post

Cambodia’s proposed casino legislation soon set to move to cabinet
In Cambodia, draft legislation that would establish a new regulatory regime for casinos and gambling is reportedly due to be sent to the nation’s cabinet for deliberations by the end of the month.
— World Casino News