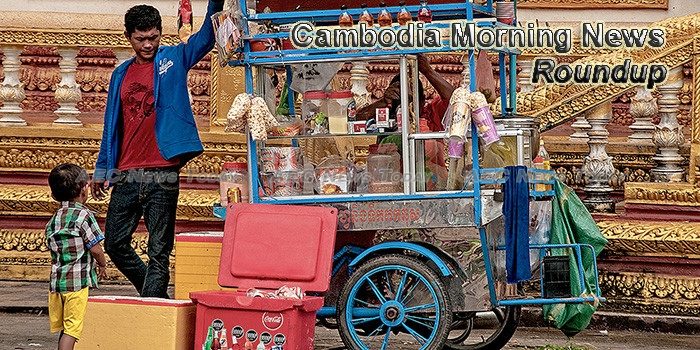 Cambodia Urges Business Confidence Amid Political Tensions
As the Cambodian government and its allied media continue to ramp up rhetoric against the United States, a government spokesperson in Phnom Penh has urged American investors to remain confident in doing business in the country.
—VOA Cambodia

Lenders foresee challenges in raising the local currency ratio
Commercial lenders have said the central bank’s requirement that banks and microfinance institutions (MFIs) increase the share of local currency in their loan portfolio to at least 10 percent by the end of 2019 could prove challenging to implement as their biggest clients exhibit a strong preference for deposits and loans in foreign currencies.
—The Phnom Penh Post

Government shrugs off flag failings
The government is taking pains to distance itself from a North Korean arms shipment to Egypt, enabled by a Cambodian flag of convenience – but only after an explosive new report from the Washington Post resurrected the Kingdom’s involvement in the months-old case.
—The Phnom Penh Post

Manet says jailing of Sokha was warranted
In an interview with Radio France International in Paris on Monday, Hun Manet, Prime Minister Hun Sen’s eldest son, defended the arrest of opposition leader Kem Sokha, claiming the move did not weaken democracy, but strengthened it through rule of law.
—The Phnom Penh Post

Cambodia morning news for May 30