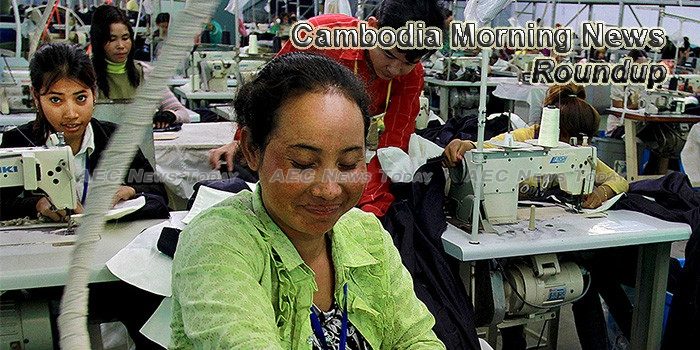 Government proposes $6B budget for 2018
The Council of Ministers on Friday approved a national budget for next year that calls for more than $6 billion in spending, the largest increase ever proposed for the Kingdom, with big boosts for education, defence and the arts.
— The Phnom Penh Post

Tea Banh shrugs off threat of international sanctions
Defence Minister Tea Banh expressed indifference to the threat of international sanctions being levied on government officials and the Cambodian economy on Saturday, while ordering his military to be ready to destroy any attempts at an alleged “colour revolution” or popular demonstration over the arrest of opposition leader Kem Sokha.
— The Phnom Penh Post

Concerns over Cambodia’s HIV funding
A group of anonymous civil society organisations, people living with HIV and others has raised “grave” concerns regarding funding from the Global Fund, the largest donor to the fight against HIV/AIDS, TB and malaria in the Kingdom – as well as Cambodia’s allocation process to support services over the next three years – according to emails obtained by The Post.
— The Phnom Penh Post

Interview: ‘Hun Sen Cannot be Allowed to do Whatever he Wants’
Former Cambodia National Rescue Party (CNRP) President Sam Rainsy, who has been forced to live in exile since 2015 in the face of questionable defamation charges made against him, has been traveling abroad to lobby world governments to put pressure on Cambodian government to halt Prime Minister Hun Sen’s harsh crackdown on the opposition ahead of July 2018 elections.
— Radio Free Asia

Cambodia Asks U.N to Send Experts for U.S Bombs
Prak Sokhonn, Minister of Foreign Affairs and International Cooperation, said that Cambodia has requested the United Nations to help send experts to Cambodia for U.S bombs dropped onto this country since the Indochina war.
— Fresh News

Cambodia’s crashes cause concern
Cambodia’s crashes continue to be a cause for concern. The country’s National Committee for Road Traffic Safety says that road deaths increased by 11% during the first nine months of 2017 compared with the same period in 2016.
— World Highways