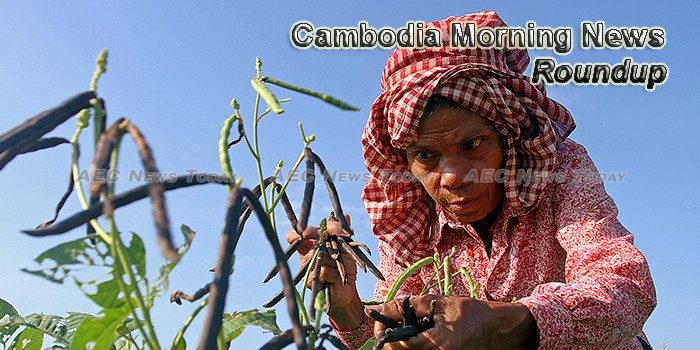 Cambodian opposition member pardoned at PM’s request
PHNOM PENH (Reuters) – A senator from Cambodia’s main opposition party was pardoned on Wednesday from the seven-year jail sentence he had been given over a Facebook posting, in a conciliatory sign from Prime Minister Hun Sen towards his opponents.
— Business Insider

Garment exports to slow
Cambodia’s garment and footwear exports will likely see a slower percentage of growth this year at around 5 percent, compared with 7 percent in 2016, a trend that industry insiders dismissed as not being indicative of an overall decline or linked to the current political situation.
— The Phnom Penh Post

Cambodia Daily brings out online-only platform
On its Facebook page, the Daily announced the re-opening as “a digital only, non-commercial publication based off shore”. Several items – including an aggregated news round-up and a “Timeline of Ongoing Descent” – were posted to the Daily website yesterday.
— The Phnom Penh Post

Migrant workers struggling to sign up to vote
Even though the maths student traded his studies in Cambodia for an electronics factory in Malaysia three years ago in hopes of earning more money, he always planned to return to vote.
— The Phnom Penh Post

Competition: win a stay at a boutique hotel in rural Cambodia
Dezeen has teamed up with Design Hotels to give away a five-night stay for two at Phum Baitang – a luxury Cambodian holiday resort designed like a traditional village.
— Dezeen

Planned Mega-Dam Threatens Fish Populations and Food Security in Cambodia
Auntie Punleu has spent most of her life on Koh Dambang, an island set in the middle of the Mekong River in Cambodia. A small, grandmotherly woman, she paints an idyllic picture of life there.
— EcoWatch

From Bhutan to Cambodia, early warning saves lives in floods
Floods in Cambodia in 2011 and 2013 killed more than 400 people, displaced tens of thousands, and destroyed crops, livestock and homes.
— Reuters