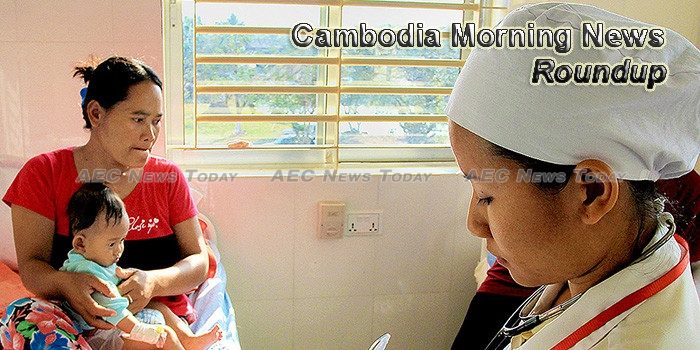 Parliament Approves Plan to Redistribute Opposition Seats
Ruling party lawmakers on Monday voted to approve amendments to four election laws that would see the opposition’s seats in the National Assembly handed out to minority parties if it is dissolved by the Supreme Court in a case lodged by the government.
— VOA

Firm behind Kirirom resort gets new funding
Japanese development firm A2A Town Cambodia, which operates the vKirirom Pine Resort in the Kirirom National Park in Kampong Speu province, has successfully secured $5.3 million in fresh investment through the third party allocation of new shares, according to a release yesterday in the Japan Times.
— The Phnom Penh Post

Cambodian Economy on the Rise, Democracy on the Wane
Cambodia is no longer going forward, it is slipping backwards, as it has many times before. Earlier this month the government asked the Supreme Court to dissolve the main opposition coalition.
— InDepthNews

Busy Cambodia airports boost French operator
PASSENGER growth for Vinci Airports, the airport management arm of French conglomerate Vinci, increased by 12.6 per cent during the first nine months of 2017 compared with the same period last year, with its Cambodia operations showing the largest percentage growth for the company.
— The Nation

GMAC makes run at duty-free access for footwear in the US
The industry body representing Cambodia’s garment sector met the deadline to submit a petition to the United States government yesterday asking it to extend the duty-free privileges of its Generalised System of Preferences (GSP) scheme to include footwear, a move that could boost the industry’s competiveness by giving local manufacturers an advantage in the world’s biggest consumer market.
— The Phnom Penh Post

Cambodia’s Opposition Condemns Efforts to Confiscate Parliament Seats
Cambodia’s opposition Cambodia National Rescue Party (CNRP) on Tuesday condemned a set of amendments that would end its representation in the National Assembly, calling them “unconstitutional” and calling for international intervention to reverse the legislation.
— Radio Free Asia

In Cambodia, a bold teaching program draws on international models and local context
This month, Teach for Cambodia will officially launch and begin recruiting its first group of fellows. If all goes according to plan, 30 recent college graduates will be selected, trained, and distributed among some of Phnom Penh’s poorest schools starting next year.
— Devex

Vann Molyvann obituary
The architect Vann Molyvann, who has died aged 90, was often described as “the man who built Cambodia”.
— The Guardian

Tea Banh attacks US, says troops prepared
Defence Minister Tea Banh yesterday portrayed his forces as prepared for a David-and-Goliath-style showdown with the US, which he blamed for sowing unrest around the world, and whose purported “colour revolution” in the Kingdom he vowed to quash.
— The PhnomPenh Post