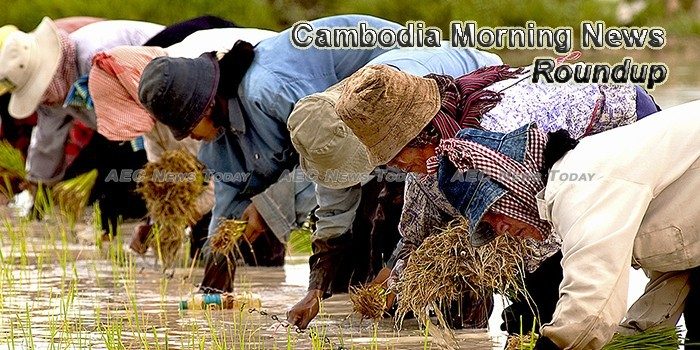 Cambodia’s Hun Sen challenges EU and U.S. to freeze assets
Cambodian Prime Minister Hun Sen encouraged the United States and European Union on Friday to freeze the assets of Cambodian leaders abroad in response to his government’s crackdown on the opposition and civil society.
— Reuters

PM Hun Sen Asks U.S: Individual Group or Country?
Prime Minister Hun Sen asked the United States if she wanted to choose a relationship with only an individual group of people or with Cambodia as a whole.
— Fresh News

Makro Cambodia officially opens this week
Each country develops at its own pace, and this pace is often reflected in the amount of foreign investment and subsequent social benefits gained.
— The Phnom Penh Post

Investment on Private Sector in Cambodia Reaches Over $4 Billion
The Cambodia-EAEU Business Forum 2017 was held on Saturday by the Ministry of Commerce and Cambodian Chamber of Commerce, presided over by Minister of Commerce Pan Sorasak.
— Fresh News

The Reluctant Defectors of Cambodia
It’s a beautiful day in this rural hamlet, bright and breezy, alive with the prosperous thrum of the annual rice harvest.
— VOA

Decentralisation to boost enterprises
TO PROMOTE the registration of small- and medium-sized enterprises (SMEs), the Ministry of Industry and Handicraft in Cambodia will begin early next year to decentralise the process by granting provincial government officials the authority to register businesses.
— The Nation

Vietnamese products showcased at Cambodia’s import-export fair
Vietnamese enterprises are showcasing their products, ranging from handicrafts to construction materials and power devices, at the 12th Cambodian Import-Export and One Province One Product Exhibition which opened in Phnom Penh on December 15.
— Nhan Dan Online

Cambodian migrants killed in police chase
A pickup truck carrying 21 undocumented Cambodian migrants being chased by police ploughed into a roadside canal in Chachoengsao early Friday and flipped over, killing four of the occupants.
— The Nation

In Cambodia’s Chinese-language schools, a hard push for soft power
At Toun Fa, every classroom is packed. Students sit in rows dutifully reciting their Mandarin lessons, scrawling Chinese characters into their notebooks.
— The Phnom Penh Post

Malaysia morning news for May 19