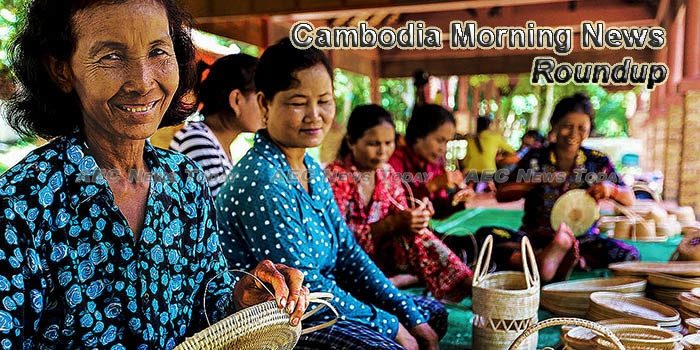 After Cambodia Daily’s $6M bill, tax authority targets RFA, VOA
Popular media outlets Radio Free Asia and Voice of America have become the latest to draw the attention of the government for allegedly not paying taxes, one week after a letter to the Cambodia Daily demanding more than $6 million in back taxes was leaked.
—The Phnom Penh Post

Researchers Put a Price Tag on Deforestation in Cambodia
Researchers from Australia have put a dollar figure on what they are calling one of Cambodia’s most important forests in hopes of helping stave off its loss to loggers, poachers and farmers looking for new land.
— The Cambodia Daily (paywall)

Cambodia’s Smart Axiata inks partnership deal with iflix
Cambodian operator Smart Axiata and SVOD platform Iflix have signed a 3-year exclusive partnership agreement. Smart subscribers can now access regional and international TV series and films. At launch, iflix’s most popular content will be offered with Khmer subtitles, with the aim of localizing its entire catalogue in the months to come.
—Telecompaper News

Thai Surrogate’s Child Among Those Requiring Formal Exit
The first draft of a law on surrogacy has now been completed by the Women’s Affairs Ministry, and at least seven foreign intended parents have applied to formally take their babies born through Cambodian surrogates home, a ministry official said.
— The Cambodia Daily (paywall)

Get ready to welcome Cambodian maids
Hongkongers were told yesterday to prepare for the arrival next month of Cambodians to work as domestic helpers.
— The Standard

Cambodian leader says border crisis with Laos averted
Cambodian Prime Minister Hun Sen, who threatened Friday to use force over a border crisis with neighbouring Laos, announced Saturday that the situation had been peacefully resolved after he made a lightning trip for face-to-face talks with his Laotian counterpart.
—The Phnom Penh Post

Laos to withdraw troops after Cambodia threat
Cambodia and Laos reached an agreement for Lao soldiers to pull back from their shared border, easing the threat of a military confrontation.
—Aljazeera

A last look at icon of Cambodia’s ‘Golden Age’ before it is bulldozed to make way for condo tower
The demolition of modernist low-income housing in Phnom Penh, built during Cambodia’s artistic and cultural ‘Golden Age’ 50 years ago, exposes the pitfalls of progress
—Post Magazine

Continue garments sector reforms, Canada urges Cambodia
Praising Cambodia’s trade reforms, Canadian ambassador to the country Donica Pottie has urged the ASEAN nation’s government to continue with that policy to facilitate trade and investment, particularly in the garments sector. Pottie made the call while paying a courtesy visit to commerce secretary of state Ok Boung in Phnom Penh recently.
—FIBRE2FASHION