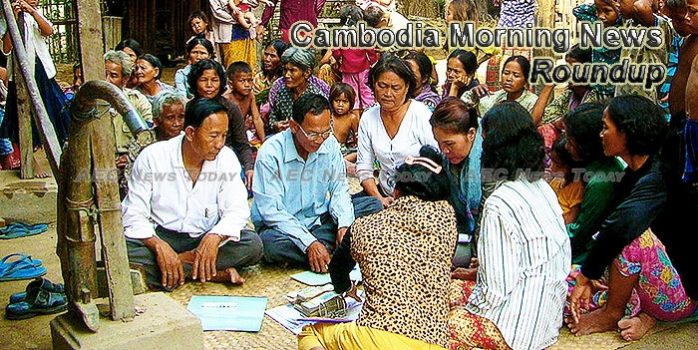 E-commerce slowed by government: report
The key ingredients for e-commerce adoption are in place in Cambodia but many specific measures need to be addressed by both the private and public sector before the Kingdom can tap into the huge opportunities offered by a digital economy, according to a new report released by a UN agency yesterday.
— The Phnom Penh Post

Investment down by $1B
Local and foreign investment in the Kingdom declined by nearly $1 billion last year, with the bulk of losses coming from fewer infrastructure and agriculture projects, while the manufacturing and tourism sectors continued to post massive gains, according to the Council for the Development of Cambodia’s (CDC) annual report published yesterday.
— The Phnom Penh Post

Lack of Incentives Leaves Low-Carbon Energy in Question
Cambodia’s possible pursuit of lower carbon-emitting energy sources appears to have waned after government officials this week cited a lack of incentives and higher-priority energy goals, a stance that a researcher and an activist respectively said was “short-sighted’ and the “wrong decision.”
— The Cambodia Daily (paywall)

Kem Sokha Plans US Trip for Fundraising, Meeting With Officials
CNRP President Kem Sokha is headed tomorrow to the U.S., where he will meet key officials in the administration of President Donald Trump and raise funds and awareness among Cambodians in cities across the country.
— The Cambodia Daily (paywall)

Asylum seekers forcibly returned as bridge built between Vietnam and Cambodia
AS Cambodia’s Prime Minister Hun Sen praised his country’s relationship with Vietnam after the construction of a new bridge to boost trade this week, Vietnamese refugees claim they were forcibly returned from Cambodia by the United Nations.
— Asian Correspondent

The Hidden Cost of Cambodia Downgrading US Military Ties
There are real lives being affected by Phnom Penh’s decision to suspend the Seabees program.
— The Diplomat

Judge to Extend Detention of Cambodia’s Adhoc 5
A judge yesterday told court officials that he would further extend the detention of four senior staffers of rights group Adhoc and an election official who already have been jailed for nearly a year without trial, in a
case that has drawn international criticism from human rights defenders.
— The Cambodia Daily (paywall)

Video From Hun Sen’s Office Warns of War Similar to Syria
CNRP rule would send Cambodia into a spiral of war and ruin similar to what has happened in Syria, according to a video released on Wednesday by the Council of Ministers and refuted by the opposition.
— The Cambodia Daily (paywall)

Ancient Angkorian Jewelry Set Recovered From UK Art Dealership
A set of ancient Angkorian gold jewelry that found its way to a London art dealership will be returned to Cambodia after the government intervened to stop a planned sale.
— VOA

Teen’s New Year Electrocution Brings Safety Concerns to the Fore
The fatal electrocution of a teenager in Siem Reap during Khmer New Year has once again raised concerns over safety at crowded public events in the kingdom.
— VOA

Cambodia wants US deportation deal renegotiated
Cambodia on Tuesday said it will renegotiate a deal with Washington where convicted criminals with Cambodian heritage are deported to the Southeast Asian nation, retracting an earlier statement that the deportations had been suspended.
— The Nation