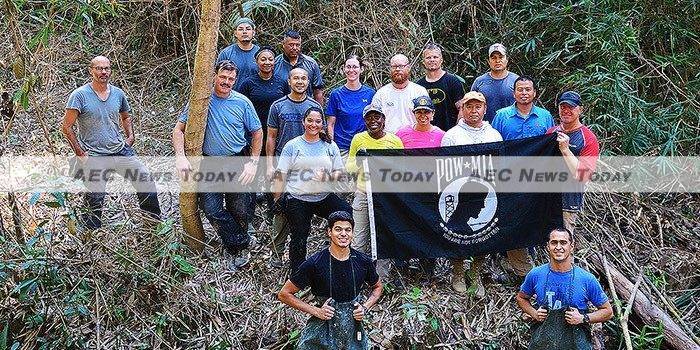 There were no funerals. No 21-gun salutes. No folded flags. No official explanation for why they never came home. They simply vanished. According to the US Defence POW/MIA Accounting Agency (DPAA), more than 1,600 Americans who served during the Vietnam War never returned from their missions. Of those, 302 who were last seen alive in Laos still remain unaccounted for.

Today, the extraordinary task of finding and identifying America’s MIA in Lao remains falls to three teams totalling 58 people and headed by Bill Gadoury, who during the Vietnam War served for a year in Thailand before joining the US Embassy in Lao PDR, in 1984, to head the search. Gadoury currently has solid leads on half of those remaining MIAs, with 75 cases identified for excavation.

However, America’s MIA in Laos are only one side of the story. During the 1960s, then-president Richard Nixon’s unshakable assertion that the US should frighten its enemies by making them think it was capable of anything was to have devastating consequences in the jungles of Southeast Asia, Laos in particular.

Every day, for 3,285 days, the US spent US$17 million bombing the tiny nation during its ‘Secret War’ to support the Royal Lao Government against the Pathet Lao and to interdict traffic along the Ho Chi Minh Trail.

Between 1964 and 1973, that meant dropping more than two million tons of ordnance during 580,000 bombing missions, or as advocacy group Legacies Of War frames it: ‘A planeload of bombs every eight minutes, 24 hours a day, for nine years’ – giving Laos, to this day, the dubious title of most heavily bombed country per capita in history.

Increased cooperation ahead of Obama’s visit to Lao

US President Barack Obama is due in Laos later this year to launch a major initiative to solve the unexploded ordnance problem once and for all. In return, the Laotian government is becoming increasingly cooperative in the ongoing hunt for US service personnel listed as Missing In Action since the ill-fated war, inviting US officials to visit sites where remains are thought to exist.

And in what is perhaps one of the most candid interviews ever given by Obama, whose administration has steadily increased funding to help rid Laos of the more than 75 million unexploded cluster bombs that still litter its forests, rice fields and villages, the outgoing US President recently took the opportunity to very publicly eviscerate Nixon’s logic.

Speaking exclusively to The Atlantic for its April 2016 issue, Obama said: “But let’s examine the Nixon theory. So we dropped more ordnance on Cambodia and Laos than on Europe in World War II, and yet, ultimately, Nixon withdrew, Kissinger went to Paris, and all we left behind was chaos, slaughter, and authoritarian governments that finally, over time, have emerged from that hell.

“When I go to visit those countries, I’m going to be trying to figure out how we can, today, help them remove bombs that are still blowing off the legs of little kids. In what way did that strategy promote our interests?”

For now, the search by Mr Gadoury and his team continues in the jungles of Laos today. The enormity of the task cannot be overstated: Gadoury’s teams must interview witnesses and conduct archival research across the country regarding the fate of America’s MIA in Lao before they can identify crash and burial sites, often located in dangerous terrain.Archaeologists and anthropologists must then use meticulous techniques to excavate physical remains and material evidence, followed by a painstaking forensic process to identify and ultimately repatriate the remains of America’s MIA in Lao back to the US.

Gadoury hopes that within the next 10 to 15 years he can complete the mission and account for all of America’s MIA in Lao.

“Like World War II, I think in the end there’s going to be those cases that we just aren’t able to locate,” he told CNN during a visit by US Secretary of State John Kerry, also a Vietnam War veteran, to Laos in January. “There are no witnesses, but we’ll do our best, like we’ve been trying so hard to do over the years.”

Meanwhile, US Secretary of State Kerry described Gadoury’s work as “heroic” during his recent visit.

“I would say that probably 99 per cent of Americans don’t know that they’re here doing what they’re doing, but for a lot of Americans, this is one of the most important missions in the world because they’re still missing their loved ones and they don’t have closure,” he said. “And people deserve and want closure. War has terrible, lingering scars, and where you have an ability to be able to address them, we should.”