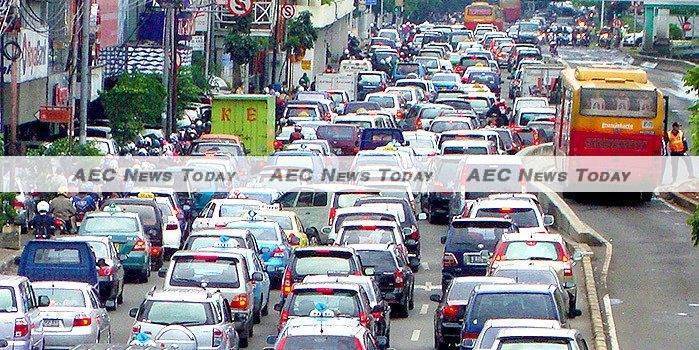 With an annual growth rate of 4.1 per cent Indonesia’s cities are growing faster than any other in Asia, leading the country through a historic transformation from a rural economy to an urban one. With the third-largest amount of urban land in East Asia after China and Japan, by 2025 some 68 per cent of Indonesians are expected to be living in cities.

However, investments in Indonesia’s urban infrastructure have not paralleled the rate of urbanisation resulting in congestion, pollution, and risks of disasters such as flooding. This rapid growth in urbanisation poses as many challenges as benefits.

While countries such as India, China and Thailand have gained higher economic growth through formal employment and better labor productivity that result from urbanisation, the same can not be said for Indonesia.

The report found that although Indonesia’s economy grew by an average of 5.8 per cent in the mid to late 2000s, infrastructure stock grew by only 3 per cent. In contrast, China has invested 10 per cent of GDP in its infrastructure over the past decade.

High population density can put intense pressure on existing Indonesia’s urban infrastructure. Between 2000 and 2010 urban population density in Indonesia increased from 7,400 people per square kilometer (0.39 sq.mile) to 9,400 people. The amount of new urban land added per new resident though is less than 40 square meters (430 sq.ft), the smallest of any country in the region.

Rodrigo Chaves, The World Bank country director for Indonesia, said “Indonesia is enjoying only a fraction of the potential benefits of cities, which can be centers for transformational innovation and high growth. With more investments in critical infrastructure that deliver clean water, sanitation, efficient public transport, and affordable housing, in a sustainable way to the cities of Indonesia can accelerate growth and lift millions out of poverty.”

However, for the country to gain more benefits from urbanisation it is vital that the government take action to improve Indonesia’s urban infrastructure. Among matters needing urgent attention are:

To crystalise the issues associated with poor city planning and rabid urbanisation The World Bank produced the above video telling the story of “Budi, a fictional hospitality worker living in Bekasi on the eastern side of Jakart and known colloquialy as the city’s bedroom and factory town’. Each day “Budi”, and another 5.4 millions people just like him spend many hours commuting to and from work. Research suggests that in the next 10 years this figure will swell to 53 million.

Lengthy commutes are only one of the challenges brought upon by rapid urbanisation, with limited public transport options and poor city planning keeping “Budi” and his family vulnerable to poverty and costing Indonesia’s mega cities up to $3 billion annually.

The World Bank video points out that improving the livability and walkability of Jakarta through a comprehensive public transit network would boost the cities’ economy, decrease pollution and congestion, and attract businesses and tourism increasing “Budi’s” earning power.

To assist it in bringing about some of these improvements The World Bank and the Government of Switzerland,  through its State secretariat for Economic Affairs (SECO), have established a US$13.4 million fund to help Indonesia harness the growth of its cities.

The Indonesia Sustainable Urbanization Multi-Donor Trust Fund (Idsun) will support capacity building among government agencies and assist in the preparation of policies that support investments in sustainable infrastructure.

In becoming the first donor to Idsun Dr Yvonne Baumann, Ambassador of Switzerland to Indonesia said: “Through Idsun we support Indonesia’s efforts to prioritise economically, socially, and environmentally sustainable urbanisation on the national agenda, and to strengthen synergies and capacity across agencies and local governments to improve people’s living conditions in cities.”

According to The Word Bank, by providing more higher-productivity jobs and lowering the costs of doing business – helping businesses grow faster — medium cities can substantially boost a country’s economic growth.