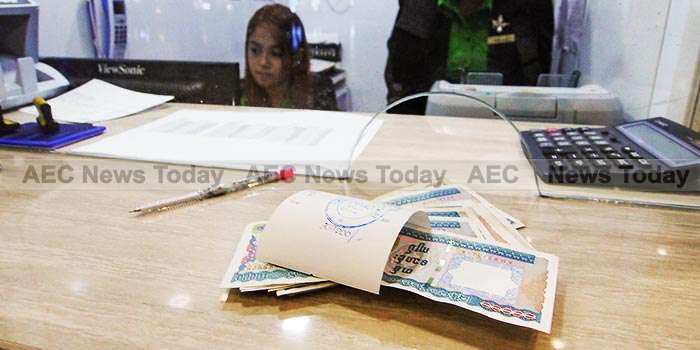 Just five months after the World Bank’s Myanmar Economic Monitor (MEM) projected  2016-17 Myanmar GDP to rise to 7.8 per cent and average 8.2 per cent per year over the medium-term, a report by the International Monetary Fund (IMF) has stepped back from its similarly rosy forecast of 8 per cent to now say growth in the current year which ends March 31 will be only 6.5 per cent.

According to the IMF the 18.75 per cent cut in 2016-17 Myanmar GDP forecast is due to a correction in the real estate market, an adjustment in the construction sector, slowing demand from major trading partners, and weak commodity prices leading to soft growth in the first half of 2016-17.

On the bright side the financial body optimistically forecasts foreign direct investment (FDI) and aid inflows in the second half of the year to boost 2016-17 Myanmar GDP. Recently Japan provided a five-year ¥800 billion (about US$7.73 billion) aid package to Myanmar, of which 95 per cent will be spent on airports and electricity projects. (See: Japan Gifts ?¥800 billion Aid to Myanmar as Rohingya Villages Burn)

In the FDI area Myanmar’s Directorate of Investment and Companies Administration (DICA) said the country received more than US$3.2 billion in foreign investment this year, nearly half of which will be injected into transport and communications. The Myanmar government is targeting about $6 billion in FDI in the 2016-17 fiscal year, with DICA deputy director-general San Myint saying an additional $1.2 billion of foreign investment is needed “to meet the government’s target”.

As the economy recovers from its 2015-2016 ‘supply shock‘ and private investments begin to pick up, the IMF predicts inflation will stay at around 9 per cent on average for the 2016-17 financial year, while the external current account deficit is expected to increase to about 6.7 per cent of 2016-17 Myanmar GDP.

Yongzheng Yang, deputy chief for Asia-Pacific and leader of the IMF’s 2016 Article IV Consultation discussions between October 14-28  expressed optimism over the nation’s future.

“The authorities have made important progress since the last Article IV consultation, including the enactment of the Financial Institutions Law, the passage of the Investment Law, and continued improvements in revenue administration, including the successful introduction of income tax self-assessment at the large taxpayer office.”

However, he expressed concern over high inflation disrespecting the Kyat, which has been depreciating against the US dollar, and suggested prioritising macroeconomic stability by bringing down inflation, strengthening the external position and fortifying the Myanmar banking sector.

“In particular, the fiscal deficit needs to be kept in check, monetary conditions tightened, and the exchange rate allowed to move more flexibly in line with market conditions. Phasing out central bank financing of fiscal deficits is a priority. To safeguard financial stability and improve financial inclusion, prudential regulations should be issued soon, and state-owned banks reformed to reduce risks to public finance and the financial system”, he added.