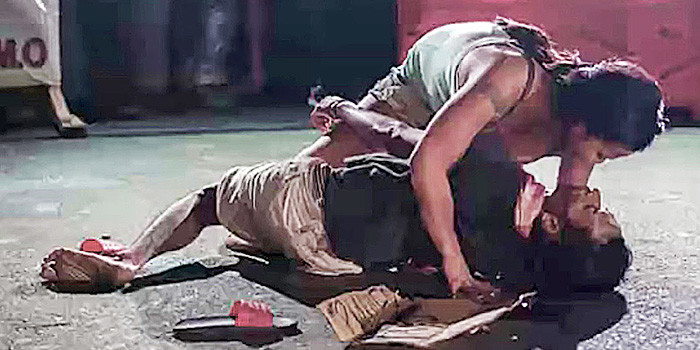 Philippines President Rodrigo Duterte’s hard-line war on drugs is grabbing headlines all over the world, with his recent stated desire to kill three million or more criminals and drug addicts making him sound increasingly like a homicidal psychopath rather than the head of state of 100 million.

More than 3,000 people have been killed since Mr Duterte made the call during the 2016 Philippine presidential election, less than half of them in what is explained to the media and public as legitimate police buy-bust operations.

While the proliferation of illegal narcotics is a serious issue in the Philippines, it is no less a problem in Thailand. Drug factories run by warlords and militias less than 20km (about 12.5 mile) inside Myanmar churn out a seemingly endless supply of ya ba – meaning crazy pills in Thai (tablets containing a mixture of methamphetamine and caffeine; also called shabu, yama, et al).

Treatment, rehabilitation, and reintegration is the mantra, with drug addiction to be treated as more of a health issue than a criminal offence.

After decades of following the US lead and addressing the criminal aspect of the the drug trade alone, Thailand Justice Minister General Paiboon Koomchaya in June admitted that the drugs had won the ‘war on drugs’, and that Thailand needed to change the way it handles drug addiction.

Announcing that Thailand was shedding itself of a policy that has done nothing but fill prisons and break-up families for minor drug possession offences, General Koomchaya said Thailand should stop using only suppression, and treat the issue of illegal drugs in three stages: suppression, prevention and rehabilitation”.

While the initial talk of helping, rather than jailing drug offenders illicited the expected cries of opposition from the usual sectors, including a group of female Buddhists who submitted a petition to Prime Minister Prayut Chan-o-cha calling for General Koomchaya’s dismissal, for “destroying Thailand’s good morality”, it would appear that work on reforming Thailand drug laws is well underway.

In an interview with Khaosod English in August Sirinya Sitdhichai, director of the Narcotics Control Board said work on reclassifying of the vegetable items will proceed first, possibly ‘”within the next several months”‘. As for methamphetamine, changes to it’s classification will probably take until the end of the year.

In addition to allowing the reclassified drugs to be used in medical treatment the changes, which also involve the Ministry of Public Health, the National Farmers Council and the Narcotics Control Board, will also open the door to hemp farming as a cash crop, and pave the way for medical research. The reclassification will not, as some people have attempted to portray, see the return of Thailand’s once well deserved reputation as one of the world’s happy, hippie, ganja-toking capitals.

According to General Koomchaya, relevant agencies have been instructed “to study and draft reclassification of many types of drugs, for the sake of appropriateness and compliance with the worldwide situation of narcotics.

‘“If we don’t amend the laws, there is no way for us to proceed in the way that we want. Medical and public health systems can’t do anything. As long as ya ba is still in the Category 1 narcotic list, there’s no way we can change anything”’, he said.

While only a baby step compared to those taken by other countries – Uruguay and several US states have legalised marijuana while Jamaica and Portugal have legalised some or all drugs – it is a step in the right direction.

While a ‘war on drugs’ might have catchy appeal with certain segments of the electorate, as has been seen in the Philippines it opens a pandoras box paving the way for the abandonment of the rule of law, human rights abuses, and random murders of individuals who may or may not have been guilty of a crime by vigilantes.

According to General Koomchaya the justice ministry’s new approach reflects the attitude of many at a United Nations general assembly special session on drugs that he attended earlier this year. While the meeting left in place the existing prohibitionist policies banning narcotics use, the hard line stance was out of favour with many countries and delegates.

A delegate for Indonesia was booed when he defended the country’s use of the death penalty as “an important component” of the country’s drug control policy, while Norway’s call for an approach to drug control centred on “human rights” was applauded by attendees.

Mexico, Guatemala, and Colombia, which have all suffered disproportionate violence from narco-trafficking, called for a more “humane solution” to the drugs problem that goes beyond a focus on enforcement and criminalisation.

Thailand has been fighting an unsuccessful ‘war on drugs’ since the mid 90s. In 1996 as a result of increasing quantities of methamphetamine flooding across its border with Myanmar it reclassified ya ba from a Category 2 drug to Category 1. Rather than helping to eradicate the problem the measure only resulted in driving the price up more than 560 per cent – from Bt30 (about US$1.12*) to Bt200 ($5.78*) – per pill.

In 2003 then prime minister Thaksin Shinawatra launched a ‘war on drugs’. The crackdown had a negligible effect on cross border drug trafficking and the illegal drugs trade was not interrupted during the campaign.

Although having been credited with anywhere from 2,275 to more than 10,000 deaths, the Thaksin war on drugs was far less bloody than urban legend claims, and well below the ever increasing body-count in the Philippines.

Back in 2006 news agency Agence France-Presse (AFP) claimed 2,275 people had been killed in Thaksin’s ‘war on drugs’ up to mid April. This figure was then used by Human Rights Watch (HRW), which AFP then quoted as the source of the figure. The figure was quickly discredited with 72 drug related police deaths the actual figure.

Director General dela Rosa, Mr Duterte’s point man in the Philippines bloody war on drugs, has just returned from an inspection on how Colombia ‘won the war on drugs“‘. The news was no-doubt of interest to Colombia President Juan Manuel Santos, who told the same UN meeting attended by General Koomchaya that the war on drugs has been a failure.

‘”How do I explain to a poor Colombian farmer that he’s going to jail for growing marijuana when in states like Colorado or Washington here in the United States anyone can freely produce, sell and consume that same marijuana? It doesn’t make sense.”‘

Claiming that the global ‘war on drugs’ had targetted the ‘”weakest links in the drug trafficking chain”‘, resulting in ‘”small farmers, so-called drug mules and consumers fill prisons around the world”‘.

Ignoring the softer and more successful approach taken and advocated by President Santos, Mr dela Rosa instead returned to the Philippines and leaked his own secret strategy at a media conference saying he planned to copy Colombia’s special Search Bloc police group which targets individuals or groups. He also bemoaned a lack of resources such as Black Hawk helicopters and fixed-wing aircraft, saying ‘their airplanes are like taxis. That’s how good the lives of police there are’.

Portugal: The World’s Most Successful

For the world’s most successful ‘win’ against the ‘war on drugs’ Mr dela Rosa could have popped over to Portugal where all drugs were decriminalised in 2001, resulting in a decline in drug use among those between the ages of 15 and 24. A similar decline was noted among the population who had ever used a drug and continued to do so. Portugal also overcame its reputation as a country with high drug-related AIDS deaths.

Uruguay, which became the first country in the world to legalise the production and sale of marijuana in 2013 is probably also worth a visit, while Switzerland, which pioneered heroin assisted treatment in 2008 which was subsequently adopted by Germany, the Netherlands, Denmark and the United Kingdom, are also worth a look at for countries that have ‘won the war on drugs’ without committing democide.

In the meantime prison populations in both countries consider to swell with people charged with small-quantity possession offences.

In the Philippines, 46,276 inmates, or almost 50 per cent of the total Philippine jail population of 94,320 (September 2015), are locked up for drug-related offenses, while in Thailand some 321,374 people or 70 per cent of the total prison population are in jail for drug-related crimes, most of them for methamphetamine in the form of ya ba. In Malaysia and Singapore, the figure is 50 per cent and 80 per cent, respectively.

Thailand’s ‘Medical Approach’ to Drugs a Work in Progress

While Thailand has not yet released any details of how the reclassified Category 2 drugs will be used in the treatment of addictions, or what facilities will be able to prescribe treatment, it may be surprised at the number of people seeking managed withdrawal assistance.

In the Philippines more than 730,000 dug pushers and addicts have surrendered, while more than 22,500 have been arrested in more than 23,500 police operations. The number of dug addicts seeking or needing assistance has swamped the country’s public health system, which can cater for only about 10 per cent.

With the rising body count causing increasing concern to foreign investors and Philippine heads of industry alike, some 13 Philippine business leaders have offered to fund the construction of drug rehabilitation centres in various parts of the country.

According to The Philippine Star, two additional rehabilitation facilities will be constructed in Luzon, one in the Visayas, and another one in Mindanao that can each accommodate at least 500 drug dependents. There is also a proposal to construct one rehabilitation center for each region

The San Miguel Corporation (SMC), one of the largest company’s in the Philippines, has also announced that it will donate P1 billion ($20 million) for the building of similar facilities.

It’s yet to be seen whether the Thailand drug reform amendments and changes proposed by General Koomchaya will get the nod from junta chief General Chan-o-cha. If it does there is little doubt that its progress will be closely monitored by Thailand’s neighbours.